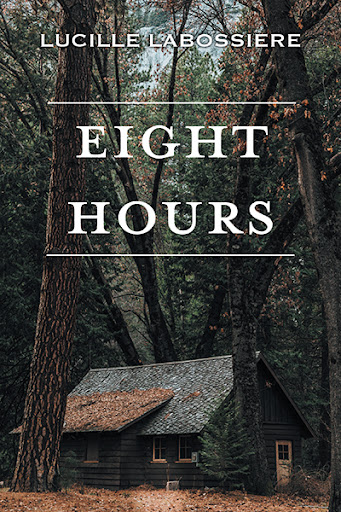 He knew it. The madman who kidnapped his baby granddaughter knew it. He just hoped he could save six-month-old Claire before it happened.

Bill hadn’t known when he locked Tom Lockman up for murder all those years ago that his crazy brother would eventually try to get revenge. It wasn’t just that Charles wanted Tom released. No. They both knew Charles’ real goal was to kill Bill. If he simply wanted Tom released, he would have given Bill more than eight hours to do it.

As if Charles’ short timeline wasn’t enough, Claire has diabetes, and won’t make it through the eight hours without her insulin shot. Bill must call in his entire police force to search the town and keep the rest of his family safe.

The only silver lining is a frail woman named Jenny, Tom’s wife. She’s with Charles, but Bill has a feeling she’s not there willingly, and may be the only thing keeping Claire safe. During Bill’s hourly phone calls with Charles, Jenny is able to secretly provide him with information about their whereabouts. The problem is the information is cryptic, and Bill doesn’t know if he’ll find them in time.

"LaBossiere continually and effectively ramps up the stakes as the novel goes on. Although the prose is succinct and unadorned, the narrative is enriched by its setting, which allows for unusual encounters, as when an angry grizzly bear cracks a police car’s windshield. The plot twists keep coming, right up until the final chapter, and they exact a toll on every major player in a very dangerous game.

A suspenseful thriller that makes ample use of its Canadian milieu."

Lucille LaBossiere has always been an avid reader who loves telling her own stories. She is the author of The Switch – hctiwS ehT and Eight Hours. She lives with her husband of fifty-one years in Duncan on Vancouver Island, British Columbia.