At FriesenPress, we celebrate each and every book we help our authors publish. Here are some of our team’s recent favourites – happy reading! 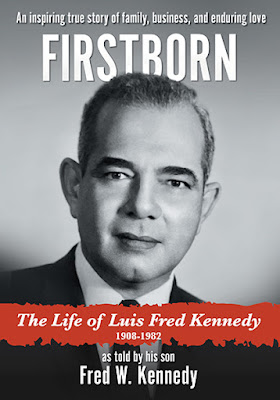 Firstborn, which celebrates the legacy of Luis Fred Kennedy, his family and business, is a narrative that takes on a character of its own, larger than life. At the age of twenty one, after the sudden death of his father in 1930, Luis Fred became co-manager of Grace, Kennedy & Co. Ltd., a Jamaican enterprise founded by his father and Dr. John J. Grace in 1922. Serving as Governing Director (1947-1973), Luis Fred Kennedy laid the foundation for the company to become what it is today—a global consumer group, one of the largest and most innovative corporate entities in the Caribbean. The author portrays his father Luis Fred Kennedy to be a passionate nationalist, humanist, and advocate of private enterprise, one who had a positive and lasting impact on the political and economic history of Jamaica. Fred Kennedy interweaves the threads of family, business, and nation by combining historical research with his own personal stories, enhanced by interviews, illustrations, and photographs. Firstborn will interest those with ties to Jamaica or, more universally, anyone eager to learn the secrets of corporate leadership and of the characteristics of centenarian companies like GraceKennedy Ltd. that have prospered for one hundred years. 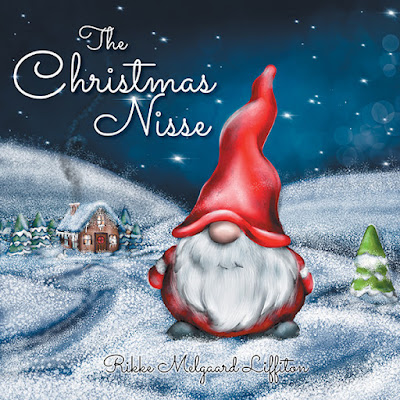 A delightful Christmas story for families. The Christmas Nisse presents a Danish Christmas tradition about the magical little Nisse. These mischievous creatures live at the North pole with Santa. On the last night of November, they roam through the cold to find their way to your home. You know they have arrived when their little door appears. The Christmas Nisse is on a mission to create and collect Christmas Joy to make Santa's sleigh fly. How do you help the Nisse, you ask? Bring this beautiful tradition into your home and find out. 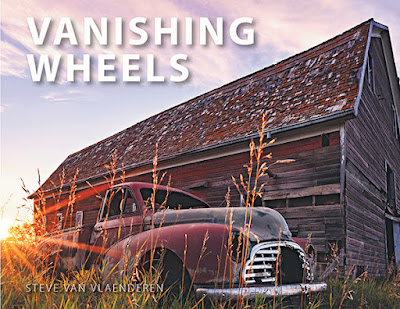 Whenever you roam the roads of Western Canada, along a country lane or busy highway, you’ll often see a familiar but frequently overlooked sight: derelict cars and trucks dotting the landscape, left to disappear eventually into the dust. Car afficionado, former racer, and long-time hobbyist photographer Steve Van Vlaenderen became enamoured with these remnants of yesteryear and began to set off on road trips with his partner Darlene to track down these forgotten curiosities. Vanishing Wheels is Van Vlaenderen’s photographic homage to these vehicles sitting in what might be their final resting places, set amid rolling landscapes and junkyards, some swaddled by foliage, others hidden behind barns. He captures these vestiges—these vanishing wheels—and drags them from the dust to showcase them as a testament to our past and progression, our humanity, and ourselves. This beautifully written and illustrated 125-page book has another purpose: proceeds from its sale will be donated to Parkinson Canada to fund research on the disease, with which the author and photographer himself lives. 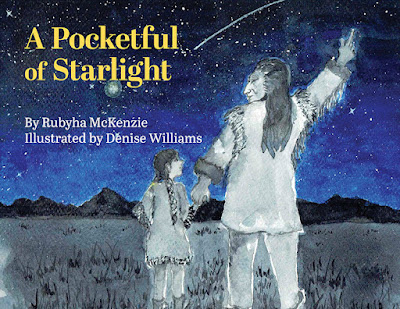 A Pocketful of Starlight
by Rubyha McKenzie

A Pocketful of Starlight is a collection of twenty-three vignettes of the human condition, beautifully supported by the magical water-colours of Denise Williams. Some are wrapped in the genre of fairy tale, and the trappings of times past; some border on the fringes of consciousness and the mundane, but in each is embedded a gem that gives us all nurturance, hope, and connection. They direct us to look to the simple, with eyes of wonder, ears that can hear silence, and hearts that are open. We are left to intuit what could happen, what will happen…if only we can Pocket some of that Starlight! It is a book to read, to browse, to read again and again. It is a book for the young at heart, to read, and to be read to… 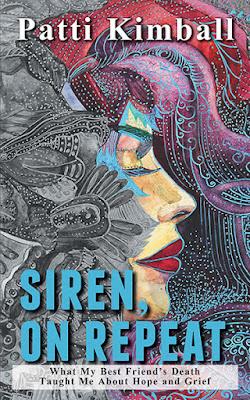 Siren, On Repeat
What My Best Friend's Death Taught Me About Hope and Grief by Patti Kimball

Patti Kimball learned about grief early in life. At the age of fourteen, her best friend Aprile died suddenly from a congenital heart condition. Aprile was a light in Patti’s life and a pillar of her community; she was brave, kind, and sensitive to the needs of people she cared about. Her absence was deeply felt by her friends and family. Left to cope with Aprile’s tragic loss during her most formative and tender years, Patti became resilient by following Aprile’s example. Patti nurtured her own grief, allowing herself to feel and show emotions without shame. She also nurtured those around her, maintaining a close group of friends who supported her throughout her life. But her journey wasn’t easy; Patti’s grief was raw, real, and emotional. People weren’t always kind to her as she mourned her beloved friend, and she was forced to learn the power of forgiveness. Lush with nostalgic 1980s images and by turns sweet, funny, and heartbreaking, Siren, On Repeat: What My Best Friend’s Death Taught Me About Hope and Grief is a unique memoir that heals through storytelling. By sharing her own experiences through relatable and eye-opening anecdotes, the author offers healing and hope to both herself and the reader, shining a light onto a dark path and honouring the memory of a cherished girl who did so much with her short life. 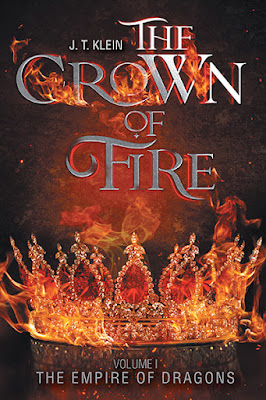 The Crown of Fire
by J. T. Klein

Twenty-two thousand years before the present day, a young gold-dragon was born, a queen with enough courage and ambition to change her world forever. All she has known, all anyone has known for years has been war. Since the time dragons crawled on four legs to the time they stood on two, the ten dragon tribes of the ancient world Ilorelon have fought each other. Queen Valor is ready for peace, but when she brings the leaders of each dragon nation together in an attempt to unify them, her dream becomes more and more distant. The dragons are not only divided by the colour of their scales, but also by their ideologies, ideologies entrenched deep within them. The task is daunting, but Valor is determined. Can one dragon unite them all? An enchanting, powerful story told through the writings of one of Ilorelon’s leading historians, The Crown of Fire is the first book in The Empire of Dragons series. 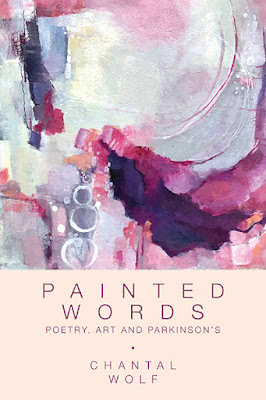 Painted Words is a collection of twenty-five poems where poet Chantal Wolf finds her artistic voice again following a diagnosis of Parkinson’s Disease. These poems reflect on and investigate the complexities of the disease, what it means to be human, the natural world, as well as the author’s sense of self. Persistence, positivity, and love permeate this stunning collection. With themes of connection, healing, and surmounting challenges, Painted Words is a poetic exploration of universal and deeply personal motifs. “Amidst the self-imposed, self-directed, self-judging pressure to keep up,” Wolf shows us the ways we can continue on. Rich with imagery, metaphors, and sound, these poems share the poet’s unique perspective and vulnerabilities. This book reaches beyond poetry lovers with its accessible language and attention to detail that will be sure to take hold of anyone who cracks its spine. If you’re searching to reclaim your own voice, for whatever reason, Wolf shares a way to find it. 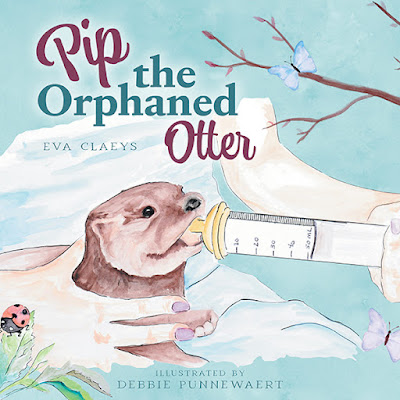 Ever since the night Pip got lost looking for his mother, he has lived in a strange place full of humans. They bring him food and keep him safe, and they teach him things just like his mother used to. Someday he’ll get to return to the wild and find himself a home, but he’ll have to be brave! Pip the Orphaned Otter is based on the true story of a North American River Otter’s successful rehabilitation. Told from Pip’s perspective, it teaches young readers the importance of animal rescue and nature conservation.