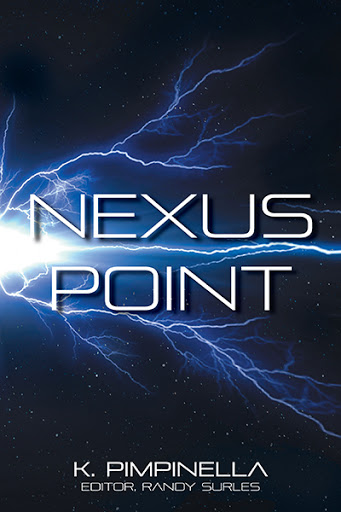 Late in the twenty-second century, teams of Time Rangers travel back in history to capture Time Runners, renegade time travellers who endanger the future by changing the past. Kai Sawyer, son of a rear admiral who was a founding member of the Time Ranger unit, is a Spawn, a genetically enhanced human with powerful strength and abilities. But despite his advantages, he carries the burden of his father’s cold and calculated plans for Kai’s future.

As Kai rises through the ranks to become the Time Rangers’ youngest commander ever, he must constantly prove himself to fend off perceptions, even from his own team, that nepotism is behind his meteoric rise. But when Kai and his team are sent to seventeenth-century France to capture a sadistic Time Runner altering the arc of medical advances, Kai finds his considerable strengths used against him. And he fears that he might be a pawn in a dark scheme concocted by mysterious forces even he can’t defeat.

"In Pimpinella’s debut SF novel, an elite military corps strives to prevent damage to history by rogue time travelers, but one Time Ranger strains under the pressure of a fast-track career.

Over the course of this novel, Pimpinella delivers a spry, action-filled SF tale full of time paradoxes and fills it out with solid characterizations and a particularly agonized hero. The conflicted relationship between father and son is handled well, and it would not be out of place in a work of earthbound, non–SF military fiction.

An effective blend of time-travel tropes and military fiction about family loyalties, expectations, and betrayal."

"After it sets up the rogue time traveler story line in tantalizing terms, the book shifts to detail Kai’s rise to a commanding position. Across a handful of missions, the disparity between his thought processes and the expectations of the Time Rangers is made clear, foreshadowing the book’s later events. Thrilling action scenes combine with characters’ struggles well.

Kai’s isolation is a driving force in the narrative; he tries to keep his mission on track, despite being forced into combat while dealing with starvation and mental anguish. In France in the 1600s, his team works to find the rogue traveler, operating at a hurried pace. The truth behind their mission is hinted at and is fascinating, helping to set up later series developments.

K. Pimpinella has been a paramedic for twenty years, and she was a trooper in the Canadian Queen’s York Rangers. A lifelong fan of science fiction, she has been writing since she was old enough to read.

She lives in a log cabin surrounded by forest and a farm in Tiny, Ontario, where she can see the night stars, along with her husband, Robert, and their three dogs, Jackson, Dallas and Thor. Nexus Point is the first novel in the Time Ranger series.