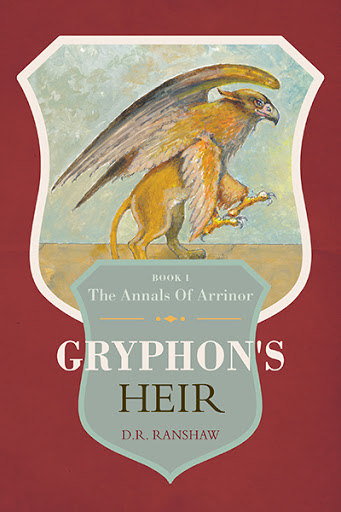 Six years after the end of the Great War, schoolmaster Rhissan Griffith believes himself just another young man struggling to find success at a private school in rural England. An idle wish for a little magic in the midst of his frustrating, unfulfilling life catapults Rhiss into a situation that winds up being far more than he ever imagined possible... or desirable.

After school one dismal and rainy afternoon, an extraordinary door to perilous adventure unexpectedly opens in his life. It promises to thrust Rhiss into unimaginable realms of wonder and terror, encounters with beings fantastical and mythological, and answers to questions regarding a past — and a future — he has never before even contemplated. Leaving his old life behind, Rhiss accepts the challenge and walks unsuspectingly into a desperate and deadly conflict that shakes his faith and everything he ever knew or believed about himself. But how could an ordinary man help to shape the course of a world locked in battle against an ancient evil?

D.R. Ranshaw has loved reading and writing since childhood, when the printed word’s ability to unlock both historical and fabulous worlds became an immediate, lifelong passion. Introduced to fantasy and science fiction at a young age, he began voraciously reading both genres, and it was not long before he was also writing them.

A public school teacher who has enjoyed a long and fulfilling career — unlike the protagonist of Gryphon’s Heir — D.R. Ranshaw has spent more than three decades in the classroom, transmitting his deep love of literature and writing to his students.

Gryphon’s Heir has its origins in the real-life frustrations all teachers occasionally experience. After one particularly aggravating day, the image of a strange doorway from his classroom into a faraway land lodged in the author’s imagination and refused to leave. The only recourse was exploring where that door led to and what would happen to anyone daring to cross its threshold. The resulting story rapidly gained depth and complexity and developed a life of its own.