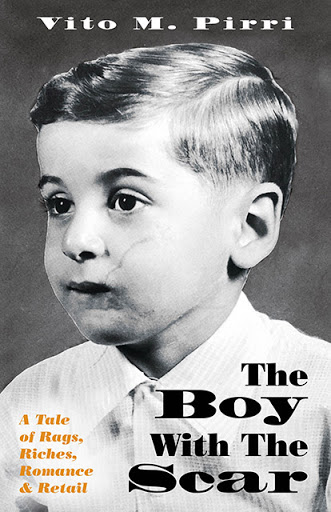 The Boy With The Scar
A Tale of Rags, Riches, Romance & Retail
by Vito M. Pirri

At a very young age, Vito Pirri was in a car accident and suffered from childhood cancer that scarred his face. At first, these scars defined him as he was bullied by peers and fell behind in school. But while Vito was falling behind academically, he was not failing in life. He turned his disability into a driving force that compelled him to succeed. After working in his father’s fruit market at an early age, he began managing a competitor’s store at the tender age of 17. From there, he would go on to be a business and marketing innovator and open and operate more than 15 different businesses – mostly (but not exclusively) in the produce, health food, and home renovations and landscaping fields.

The Boy With The Scar has something for everyone. As an autobiography, Vito’s life story makes for good reading. As a motivational book, his drive and passion will inspire readers to work for their dreams. And as a guide on how to be successful in business, it is a valuable resource for both budding and experienced entrepreneurs. 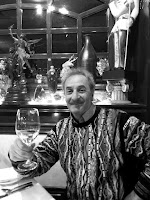 Vito M. Pirri was born in the east end of Toronto, Canada in 1951 to a second-generation Italian family. As the third generation of an entrepreneurial family, he stayed true to his roots and became a successful and well-known businessman. Today he lives with his wife, Ann, and Tony (the cat) for nine months of the year in his property on the shores of Lake Erie in Ridgeway, Ontario (the Niagara Region). His winters are spent in various destinations across the globe.

Vito is an experienced columnist and journalist who has written for several publications, but The Boy With The Scar is his first book. He notes he wrote his book as “encouragement and motivation for those whose challenges seem insurmountable and are eager to pursue a path a little less travelled. With a career spanning 60 years and a life full of new ideas and personal challenges, I felt compelled to tell my story and share the message that with hard work one really can achieve their dreams.”