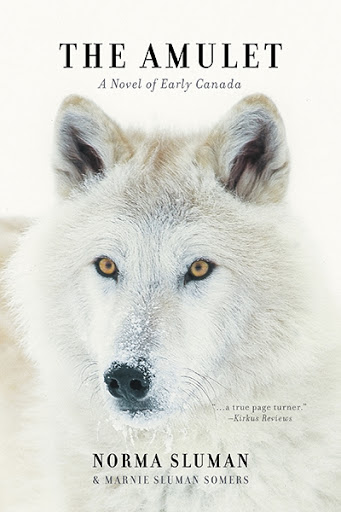 The Amulet
A Novel of Early Canada
by Norma Sluman

It is 1884 on the Canadian prairies. After an impetuous, whirlwind wedding, young bride Catherine McNab has left her comfortable home in Rosemere, Ontario, determined to start a new life with veteran trader Ian McNab. Arriving in her new home of Pounding Lake in the District of Saskatchewan, Catherine learns the Indigenous people are frustrated, starving and restless. Her husband believes the growing tension will pass, but a North West Mounted Police detachment has just been assigned to keep the peace with the notorious Big Bear band of Crees who have been coerced into making camp in Pounding Lake for the winter.

As an unscrupulous Indian Agent attempts to force the Cree band to accept a reservation by withholding their winter rations; Catherine tries to navigate the growing political tension, small town relationships with her fellow settlers, local Métis land owners, and her unexpectedly complicated new marriage. Concerned for her safety, Jay Clear Sky, the Cree band’s interpreter, befriends Catherine and gives her his sacred amulet for protection.

Torn between loyalty to her husband, compassion for the Big Bear people, and terror over what might happen, Catherine’s world, buffeted by the winds of change, begins to fall apart.

Author Norma Sluman tells the story of the Frog Lake Massacre which ignited the North West Rebellion in 1885, through the eyes of the people who experienced it, white, Métis, and Indigenous. Her writing embodies insight and deep human empathy which pull the reader into the story. A must read for lovers of true events of history and those seeking to understand its unintended consequences. 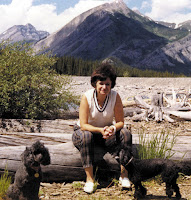 THE AUTHOR: Norma Sluman was born and raised in Toronto, Ontario. She became deeply interested in Canadian Aboriginal issues when she moved to Calgary with her husband who was a football player for the Calgary Stampeders. She spent much of the time she lived in the three prairie provinces studying writing, Canadian history, and the Indigenous Peoples of the prairies. She had a burning ambition to write and her love of history encouraged her to write about what she was learning.

She arranged her masses of research material and settled down to raise her three young children (Marnie, Shirley, and Kenneth) and write two historical fiction novels, Blackfoot Crossing (1959) and Poundmaker (1967). Both novels were published by Ryerson Press. She also co-wrote John Tootoosis: Biography of Cree Leader with Jean Cuthand Goodwill which was published by Golden Dog Press (1982) and reprinted three times by Pemmican Publications.

Norma completed a draft manuscript of her final novel The Amulet which she entrusted to her daughter Marnie before she passed away in 1993. Marnie has undertaken to publish The Amulet in her mother’s memory.

THE EDITOR: Marnie Sluman Somers, daughter of Norma Sluman, is the editor and publisher of The Amulet. Marnie inherited the unpublished manuscript of The Amulet from her mother. Finally heeding its persistent cry for publication, she has kept the story intact while editing the style for today’s historical fiction market. Her passion is to continue her mother’s work, to tell the stories of the past so we can understand where we’ve come from and build a better, more compassionate, future.

Marnie became a full-time freelance writer in 1997, creating news releases, articles, and marketing content for the agricultural industry. Her writing has been published in agricultural magazines, newspapers, and websites across North America.

She lives on an acreage near Carberry, Manitoba with her life and business partner Wilf.

The Amulet will be available in the FriesenPress Bookstore soon.