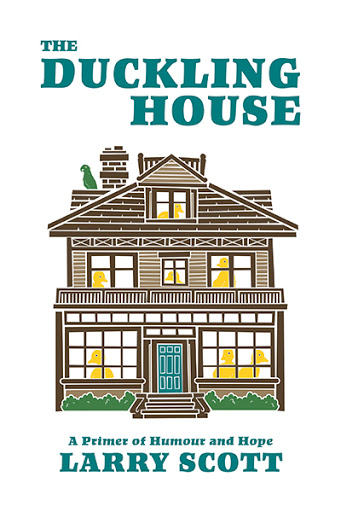 When Stanley inherits a Victorian era house from his late grandmother in Victoria, British Columbia, the only way he can afford to keep it is to rent out rooms—a task for which he is woefully unprepared. His salvation and his burden is that Mary Alice, a take-charge matron from next door, is inclined to manage both the house, named Shady Shingles, and Stanley’s life. Not to be underestimated in this ménage a trois is Captain, a long-lived parrot. For the humans in the story, Captain is a silent partner who hears everything but says nothing aloud. Readers, meanwhile, are privy to Captain’s unspoken thoughts, which cut to the chase with amusing bluntness. This trinity of odd characters reacts with the various clients who come to inhabit Shady Shingles—a serious history major, a steely German, a glib used-car salesman, and a same-gender couple with a knack for upsetting the status quo. The result is a humour-filled story that combines pathos and the absurd, sprinkled liberally with observations about the human condition as Stanley confronts some of the grim realities of life that we all must face.

The Duckling House may well remind you of Stuart McLean's Dave stories aired on The Vinyl Cafe.

Larry Scott is a retired United Church minister who served congregations in small towns and larger centres throughout Western Canada for thirty-five years. He holds an undergraduate degree in political science and history from the University of Toronto and a master of divinity degree from Princeton. In ministry, he would often walk with people through various life experiences, some of them joyful and some of them tragic. He has always been interested in how people build a sense of hope, be it in a religious framework or otherwise. He has spent the last twenty years in Victoria, BC, where The Duckling House takes place. His hobbies include gardening, editing a monthly newsletter for Scottish groups in Greater Victoria, and playing the bagpipes.