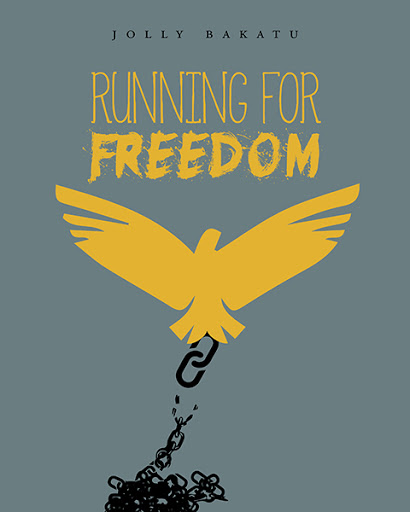 Running For Freedom
by Jolly Bakatu

As you may have guessed from reading this book, i have deep feelings and strong opinions about human rights violation by those who helped create human rights in the world. everyone has the right to a life that is free of the fear of violence. For a human being to be denied rights and freedoms is a tragedy.

Every day human rights abuse happens to thousands of refugees in Africa, regardless of their gender, age, race, financial standing, educational background, sexual orientation, religious affiliation, occupation or social status. it occurs among all refugees who are married, divorced, separated,or those who are still dating and those confined in camps.

Human rights abuse touches every refugee in Africa. chances are high that you know a refugee or any person whose rights are being abused.

the book shares the insights causes of refugees displacement and the possible solution brought by United Nation High Commisionner for Refugee (UNHCR) as a world humanitarian agency, it gives an account of camp based refugees life, their struggle and fear of the unknown and uncertainty as well as the hope of a better future through resettlement in a third country for refugees who will not dye prematurely from different calamities which they are facing in the camp as local integration in the host country and repatriation to their country of origin is a nightmare for most of refugees.

Jolly bakatu is Congolese writer and an Horticulturist, Born in 1984 in the Democratic Republic of Congo, he has been under united nations protection for a decade, Human rights violation by those who helped create human rights inspires him to write about refugees and their daily life in the hands of United Nations and has vowed to defend refugee rights and fight for refugee rights and the rights for under privileged people that are still ignored in our modern days, he is married and has four children, a girl and three boys, he live in ontario, canada.

Running for freedom is his first book.

Running For Freedom will be available in the FriesenPress Bookstore soon.