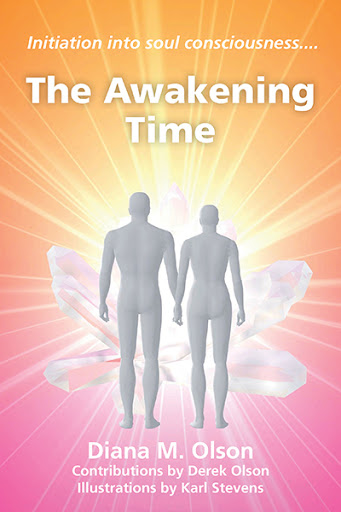 The author intuitively knew that she and her “new” man were brought together for a very special purpose, prompting matrimony and mid-life career changes to become hypnotherapists; it's as if a higher power sweeps them into a 180 degree spin and a whirlwind of learning experiences.

A visit to a psychic fair and a visit to a rock and gem shop thrusts them headlong into an incredible world of rocks and crystals, automatic writing and channeling, awakening psychic abilities and giving them inspiration to teach others how to reach beyond their present realities. And a small quartz crystal “tells” of an ancient promise, as vow to meet in this, “The Awakening Time”.

Conversations with spiritual guides contain a wealth of information almost too incredible to grasp. A must for both beginner and experienced “seekers.”

Trust is so clear in this powerful book, it grabs your very soul as if speaking on another level so you want to read on like a plea from one soul to another to recognize who we are as we search our true life purpose. We talk about putting trust in a a higher power, but nobody really has the courage to do so. Yet these people are living it. It's a living example of trust, full of immense synchronicity and symbology. I just love it. I know I'll be reading it many times over.

Absolutely brilliant - a must have in your new-age library! I really felt the author's excitement and passion for her work. Eloquently written, honest, and indeed - a good wake-up call and reminder of creating your own reality. Highly recommended!

Delightfully uplifting and insightful for anyone interested in strange happenings, the afterlife, unseen guides and others who join us - even though we’re unaware of their presence. It stresses the importance of trusting our own intuition, and gives one or two self-empowering suggestions that make this book a really inspiring MUST READ! A five-star book in my opinion!

Diana Olson (a former world-traveler and newspaper reporter) was born and raised in England and immigrated to Canada in 1974 with her husband and children. After becoming widowed barely twelve weeks later, this single mother began working as a secretary to support herself and her six children. After a strange “electrifying” experience, she remarries, and together with new husband, Derek, become a hypnotherapist and teacher of metaphysics, developing psychic and channeling abilities after even more strange experiences with rocks and crystals.

The Awakening Time will be available in the FriesenPress Bookstore soon.