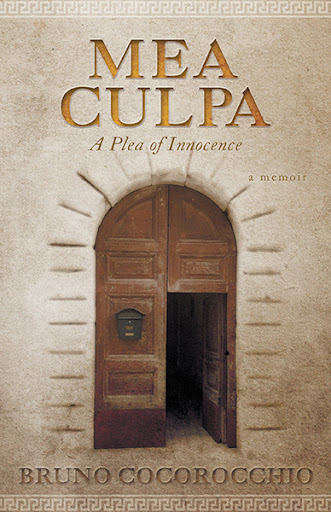 Mea Culpa
A Plea Of Innocence
by Bruno Cocorocchio

A powerful memoir that dives deep into the childhood and psyche of the author, Mea Culpa: A Plea of Innocence chronicles the lifelong struggle of a boy—and later a man—to gain his parents’ approval. Longing particularly to ease his mother’s ever-present pain, he carries a misplaced guilt into every aspect—and relationship—of his life.

In a series of vignettes, the reader is transported back in time to a small mountain village in post-war Italy. Amidst ruins and famine, a young family grapples with poverty. Growing up in such dire circumstances, the only coping strategy for the young boy is to imagine himself as a Roman centurion in command of an army. Adding to his stress is a mother who constantly draws him into a relationship that requires blind devotion and cruel sacrifice. Her craftiness and guilt-inducing methods are revealed in detail, making this a suspenseful narrative about survival.

Written for readers who seek to understand why they are burdened with shame, Mea Culpa: A Plea of Innocence invites them into the courtroom of the author’s life, where they become judge and jury. Passionate, moving, and thought-provoking, this memoir will hold readers’ attention to the final page. 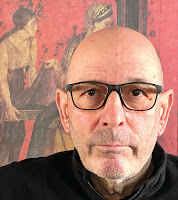 Bruno Cocorocchio was born in 1951 in a small Italian town south-east of Rome. In search of a better life for their children, his parents emigrated to Canada in 1964. In 1974, Bruno graduated with a Bachelor of Applied Science in Electrical Engineering from the University of Toronto. From graduation to retirement, a span of roughly fifty years, Bruno devoted much effort to the technical discipline for which he had trained while simultaneously developing writing skills. He took courses in scriptwriting and film-making, as well as, creative, non-fiction and memoir writing at Ryerson University, the University of Toronto and the University of Victoria.

Currently, Bruno and his wife, Sandra Moffat, live happily in Sidney by the sea, on Vancouver Island, British Columbia, Canada.