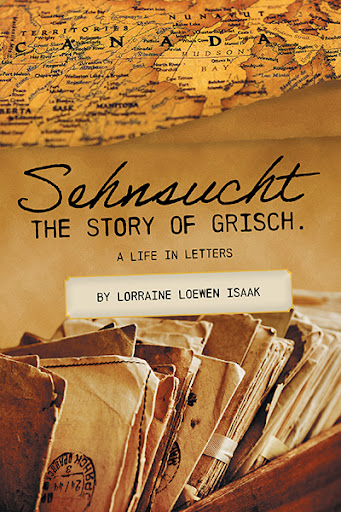 Sehnsucht: The Story of Grisch.
A Life in Letters
by Lorraine Loewen Isaak

In my early years, I felt sadness in my Grandpa Grisch; it seemed to cling to him. What feelings could not do, however, was give me greater understanding into his inner world. Unknown to me, family had stored close to one hundred letters for over thirty years and these would pass into my hands the summer of 2019. Once transcribed from German into English these letters exposed the truth of what Grisch had carried over his lifetime and confirm what I felt but did not know.

The reader will bear witness, as Grisch did, of his family's disorientation, trauma and loss that would take them to Kazakhstan and Paraguay while he lived a simple life on a small farm in Steinbach, Manitoba, Canada. Despite their separation, whether in years or experience, Grisch would never shake off a longing for what had been familiar, a place to call "home". 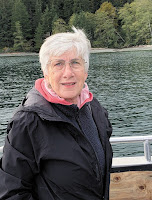 Lorraine, a retired marriage and Family Therapist, grew up in Steinbach, Manitoba during the 1950’s and 60’s. Her childhood home on Reimer Avenue made it possible to both walk or bike to her grandparent’s farm on McKenzie Road where her relationship with Grisch took place. Lorraine, one of the eight grandchildren born to Gerhard (Grisch) and Mariechen Willms, wrote the story for Gerhard Willms’ grandchildren and descendants.

Lorraine, now in Abbotsford British Columbia with husband Don, is a reader, traveller, friend, parent, and grandparent who writes short articles that bubble up in response to life’s twists, turns, and surprises. When the enormity of writing this narrative sank in and her vulnerability glaringly real, it would be the unspoken request from grandpa Grisch to remember those in his photos that would continue to guide this work. Lorraine’s attachment to each writer grew as she fit them into the story that was evolving with each transcribed letter. Today, rather than only a sepia picture of an ancestor, unknown except by name, each photo reminds her of their unique and personal stories.