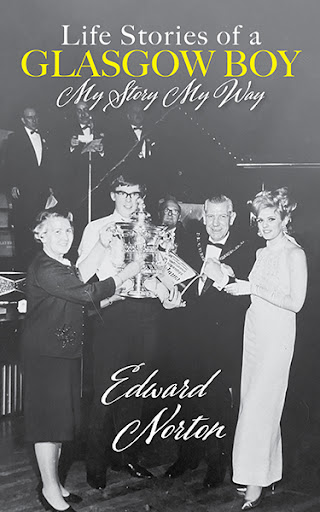 At the age of fifteen, Edward Norton left school to become an apprentice ladies’ hairdresser at the top salon in Glasgow, Scotland. A few years later, he was competing in hairdressing competitions, winning awards (including a Scottish national championship), and teaching others.

Emigrating to Canada, he started his own successful hairdressing business. He’s now been a Master Hair Stylist for sixty years.

Along the way, he spent a couple of nights in jail (for two very different reasons), owned racehorses, gambled with a noted “bad guy” at a boxing event, made a couple of memorable trips to Belfast during the Troubles, coached children’s soccer, and even hosted a television cooking show. At the age of seventy-eight, he continues to work—to pay for his golf, he says. And now, he’s done something he once would have thought impossible: he’s written a book.

With humor and warmth, Edward writes about his many and varied life experiences, “some good and some not so good.” His goal is simple: to inspire readers to make the best of what life gives them—just as he has. In his introduction, Edward says, “I will try to make it fun to read and maybe help you along with your journey through your life.” And that’s exactly what he’s done.

This is Edward Norton’s story, his way. 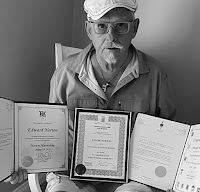 Edward Norton was born in Glasgow in 1943 and grew up there through the postwar years. He left school at age fifteen to become an apprentice hairdresser in Glasgow’s top salon, and within a few years, was competing at a national and international level, winning a Scottish national championship. Emigrating to Canada, he started his own successful hairstyling business, which his family continues to operate. Edward has five children, ten grandchildren, and two greatgrandchildren. He lives in Sarnia, Ontario, with his partner, Helene.