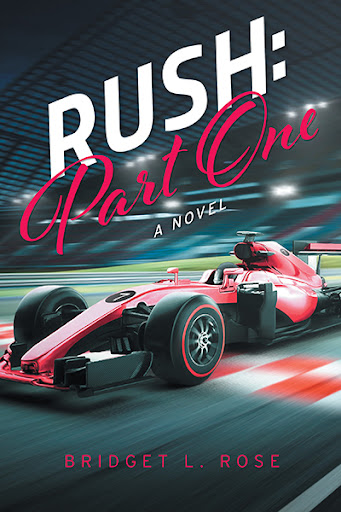 Rush: Part One
A Novel
by Bridget L. Rose

It’s springtime in Monaco, and Valentina Romana is ready for Formula One glory. Since childhood, Valentina’s life has revolved around racing. This is her moment. There’s only one problem: no one will give her a shot, simply because she is a woman. She’s here to support her brother, Adrian, who is following in the footsteps of their father and grandfather. Still, Valentina is determined to get behind the wheel and prove herself.

Enter Gabriel, the sexy, brooding racer who wants to win Valentina’s affection along with the Grand Prix. As Valentina struggles to balance her chaotic crush with her dreams of greatness, secrets are revealed that threaten to change the course of her life forever.

Alternately sexy and serious, romantic and heartbreaking, Rush: Part One explores a tenacious young woman’s journey through the male-dominated world of Formula One racing.

Bridget L. Rose grew up watching Formula One racing with her family. The lack of gender diversity in the sport, combined with her own experiences of limiting gender expectations, inspired her to write Rush: Part One. Bridget lives in Toronto with her mom, sister, and dogs JJ and Diego. This is her first book.