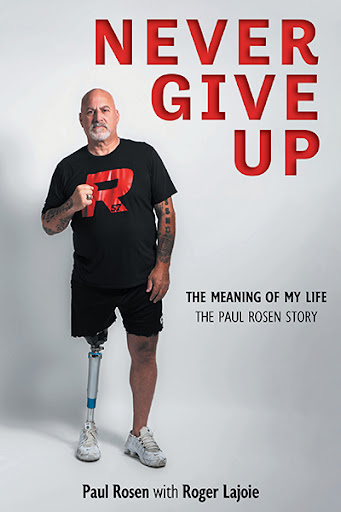 "I was ready to go away, to fall asleep, and to never wake up again. Paul Rosen was ready to do what he had told everyone else NOT to do for so long. I gave up." - Paul Rosen

Everyone faces adversity in life. But Paul Rosen certainly faced more than his share, which led him to do the unthinkable - trying to commit suicide after years of telling other people to never give up.

In this brutally honest account of his life, Paul Rosen talks about all of the adversity he faced, including losing his leg. He overcame all of that to become one of the greatest goalies in Paralympic Games history, winning multiple world championship titles with Team Canada and a gold medal at the Olympics. He later also became a noted public speaker and broadcaster after his playing career ended.

After encouraging so many others to never give up, he gave up on his own life in January, 2019. The events that led up to that decision are detailed in this candid biography, but the message remains one of ultimate hope and survival.

Surely there had to be a meaning to what happened and a lesson that could be passed on to others? After months of soul searching Paul Rosen found the meaning of that night and the meaning of his entire life.

This book reveals what that meaning is and why YOU must Never Give Up. 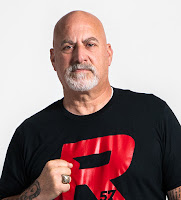 Paul Rosen is one of the greatest goalies in the history of the Paralympics. After overcoming the loss of his leg, he was a star in goal for Team Canada for more than a decade in numerous Olympic Games and world championships, posting incredible goaltending records. He later became a noted broadcaster with several major news organizations including TSN and the CBC, and a well-known public speaker and leading advocate for mental health, especially during his many talks to children in schools across the country. He has hosted numerous podcasts in the past several years, and has used his platform many times to talk about his experiences and how he can help others battle through their adversities. He has spent many years encouraging people to "Never Give Up!" and to find the meaning of their lives while discovering the meaning of his own. This is his first book. You can visit him at www.paulrosen.ca.

Roger Lajoie has been a sports writer, broadcaster and hockey executive for more than four decades. Among his four previous books were "The Goal of My Life" with legendary Canadian hockey hero Paul Henderson (a Globe and Mail bestseller) and "The Road to Hockeytown" with Jimmy Devellano. You can visit him at www.rogerlajoie.com.