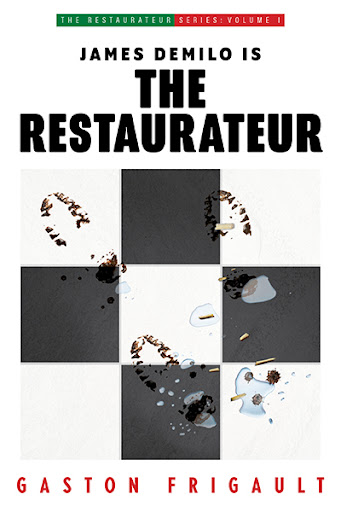 The Restaurateur
by Gaston Frigault

Over the decades, Toronto restaurateur James DeMilo has built an empire. But when an incident--the apparent suicide of a staff member-- reveals a different kind of disturbing incident, his world quickly begins to unravel.

With his hands-on style and deeply held belief in respect, loyalty, and trust, James takes matters into his own hands to catch the culprits threatening his livelihood and family legacy.

The Restaurateur reads as a literal feast. The reader is treated to the delicious inner workings of the restaurant industry and a binge-worthy account of the underlying drug world complete with Colombian connections.

From dishwasher, to chef, to owner of multiple restaurants, Chef Gaston celebrates over fifty years in the restaurant industry. Credentials not withstanding, Chef Gaston comes with the prestige of having served Prime Ministers, Presidents and Heads of States from over 70 countries.

The Restaurateur, his first novel, uses the restaurant industry as a back drop for this story rich in suspense, mystery and yes, even a little romance.