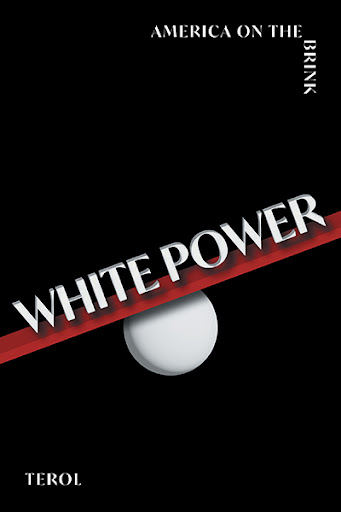 White Power
America on the Brink
by Terol

In his provocative new memoire, Terol recounts the racist history of the United States of America, interrogating the fraught socio-political climate of the last eighty years.

Beginning with his parents in 1943 and exploring his own experiences during the Vietnam War, Terol exposes the seeds of racism inherent to the American state, and the ongoing influence of racism on foreign policy and military expansionism. Oscillating between America’s domestic and foreign affairs, Terol demonstrates the interconnectedness between injustice at home and abroad.

In an impressive survey of post-war history, Terol shows the continued importance of race as a tool for mobilizing the populace to divest itself of its racist past. His memoirs serve as poignant evidence that mythologizing present-day America as a post-racist society has justified the gradual erosion of Black history from education and public life. Meanwhile, the US polity continues to embroil itself in international conflict, wasting lives, money, and perpetuating white supremacy both at home and abroad.

Terol is a veteran and writer who has owned and operated twenty-six businesses across the US. He has spent five decades listening to his fellow citizens, learning their perspectives, and reflecting on the ethics of war. As a survivor of the Vietnam War, he aims to share his insights on domestic and international politics. His memoire, White Power, is a thought-provoking testament to the evils of war and white supremacy.