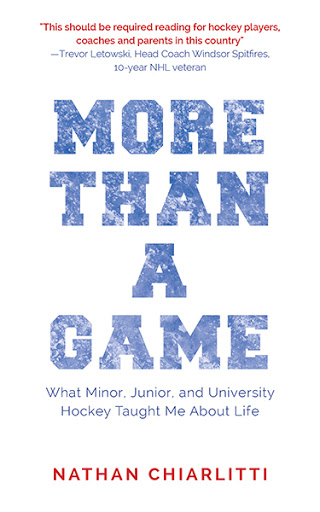 More Than a Game
What Minor, Junior, and University Hockey Taught Me About Life by Nathan Chiarlitti

Every year, hundreds of thousands of young players take to the ice, dreaming of a career in hockey, yet, only a few make it to the big leagues.

A successful hockey career shouldn’t be defined by championships won, records broken, or contracts signed. In More Than a Game, Nathan Chiarlitti argues that hockey can develop important qualities to help players in their everyday lives. This book takes hockey players, parents, coaches and fans through the highs and lows of the game, season after season, league after league, and shares some of the important lessons that over twenty years of hockey has taught. Whether in a professional league, a junior league, a minor league or a beer league, hockey really is, More Than a Game.

Finding that enjoyment and understanding the process of the ups and downs is what it’s all about. Those lessons lead to success far bigger than the pros.”

"This should be required reading for hockey players, coaches and parents in this country" 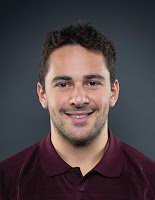 Nathan Chiarlitti played five years in the Ontario Hockey League with the Sarnia Sting and the Owen Sound Attack. He then played three seasons at St. Francis Xavier University, graduating with a Bachelor of Science in Human Kinetics and then played two seasons at McGill University, completing a Masters of Science in Exercise Physiology. He is currently pursuing an MD/PhD at the University of Ottawa. This is his first book.