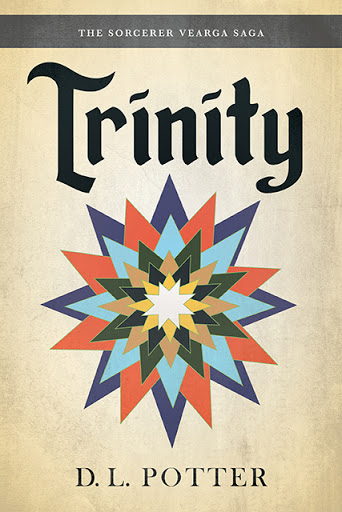 “There are too many secrets.”

Until now Trinity had never used magic. He lives in exile, ousted on the night of his birth to a remote priory to be raised with all the feminine grace of a princess, isolated and ignorant of his true heritage.

Then one day, summoned from banishment by his usurping and murderous cousin, he finds he suddenly, and quite naturally, is able to do things ... magical things.

Having been secretly trained by one of his father’s guards, Trinity is ready to take back his kingdom. But can he maintain his duplicity long enough to unite the fearful realms in victory over evil? Can their leaders let go of a past, tainted by secrets and suspicions, and join together with Trinity to empower his prophesied destiny? If only Trinity can trust himself enough to survive the challenges ahead...

Trinity is a hopeful fantasy novel suffused in magic yet dappled with unexpected elements of science fiction.

D. L. Potter lives in Sacramento, California with her 2 daughters.