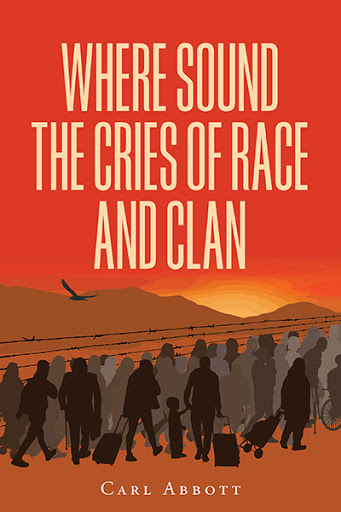 Where Sound the Cries of Race and Clan
by Carl Abbott

It is 1935 and Psychiatrist Charles Flemming has other concerns on his mind: the unfair nature of Canadian Government immigration regulations for Chinese, Jews and other minorities. He meets a Jewish medical student and by chance meets his older sister, Rebekah, who is a widow. As a result, he is determined to search out the immigration decisions in Ottawa. He goes to Ottawa with Rebekah. They fall in love despite the religious differences. The other issues on his mind are the poor status of social justice in Canada and his own dilemma of deception from a relative of his previous fiancée in Poland. He eventually sails to Poland with Rebekah and resolves the deception by granting forgiveness to the mother of his dead fiancée. Rebekah stays in Lotz continuing her research on the history of the Russian rulers treatment of the Jews in Poland.

Carl Abbott is a retired Endocrinologist and lives in Halifax,Nova Scotia. In 2011, he published his first book titled, 'Mourning de Pachmann: The Quest for the Spirit of Chopin', a story in which Charles Flemming also played an important role. Carl has written many collaborative articles on medicine in general, as well as poetry on his own. Several poems have won contest prizes. His other hobbies are painting with water-colors and acrylic paints, building model ships, as well as researching the maladies of musicians and composers. His favorite composers are JS.Bach, Mozart, Chopin, Sibelius and Bruckner.This present book is a sequel to the first novel.

Where Sound the Cries of Race and Clan will be available in the FriesenPress Bookstore soon.