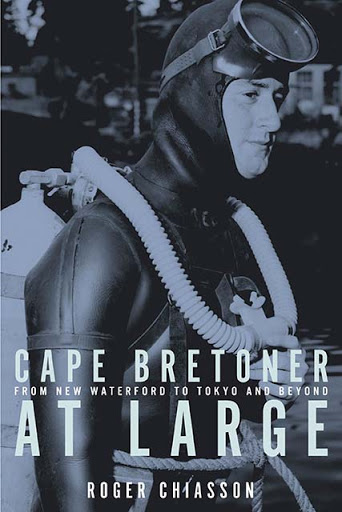 Although this book, written for his grandchildren, is one man's chronicle of his life and his 38 year career in the Royal Canadian Navy during the Cold War, it is also a compelling story about pride in one's cultural roots, the pursuit of adventure, the role of curiosity in life's travels, and an abiding passion for leadership. The story starts in a pastoral setting in Nova Scotia and winds its way to British Columbia, where the author is immersed in the hectic life of a Naval Cadet. Upon graduation from the Royal Military College Chiasson goes to sea and attains a Bridge Watchkeeping Certificate before joining the engineering branch. He spends the next few years as the Engineering Officer of two Naval destroyers prior to attending Staff College to broaden his horizons. The remainder of his Engineering career is devoted to overseeing and managing refits and new construction in Canadian shipyards and in National Defence Headquarters. Following attendance at the National Defence College, hIs crowning Engineering achievement is as the Commanding Officer (and religious change-management fanatic) of Canada's East Coast Naval Dockyard. In a remarkable quirk of fate he ends his career as Canada's Defence Attaché in Japan.

Roger Chiasson was born in New Waterford, Cape Breton Island, in 1943, to a family of modest but adequate means, which provided for a healthy and happy childhood. He has traced his roots to one of two Chiasson brothers who were married in Port Royal, the cradle of Acadia, in the 1660’s. He is grateful for the fact that his branch of the family tree escaped the expulsion of the Acadians in the mid eighteenth century, and was part of the migration of Acadians from Prince Edward Island that founded Cheticamp in 1885.

His idyllic childhood in the beautiful Margaree valley ended in 1954 when his family moved to Quebec in pursuit of greener financial pastures for his teacher father. The move however exposed him to new opportunities that may not otherwise have presented themselves had he stayed in Cape Breton. He joined the Canadian Navy at the age of 16, and enjoyed a long career that took him to five Canadian provinces, England and Japan, where the selection process broke down and allowed a Cape Bretoner engineer to serve as a foreign diplomat, as the Canadian Forces Attaché. At least his roots qualified him to eat and drink for his country.

As the saying goes, “you can take the boy out Cape Breton, but you can’t take Cape Breton out of the boy”!

Cape Bretoner at Large will be available in the FriesenPress Bookstore soon.