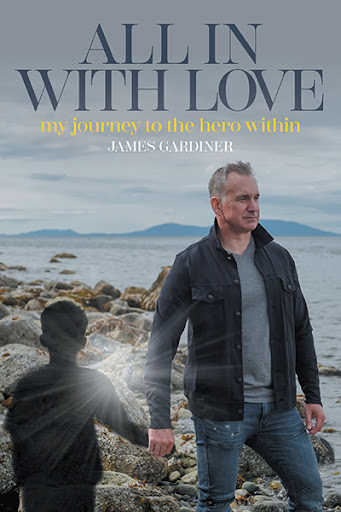 Imagine stepping into the spotlight of New York and Hollywood, a lifestyle where stardom, celebrity life, and a Chippendale bow tie were the everyday norm? Fame was the dream of an innocent young boy that played out in the heart of a man who in turn lost sight of the boy within. This is their story.

Born with severe asthma and enormous dreams, James Gardiner began his life in conflict with himself. Little Jimmy wanted to reach for the stars like his science-fiction icons and become a sports superstar like the paper heroes that adorned the walls of his childhood bedroom. But as a frequent visitor to the local hospital, viewing the world through the plastic walls of an oxygen tent, such dreams seemed like they would always be firmly out of reach. However it was there on the pediatric wing that he began to entertain audiences with his stories and charm, growing to like the attention. In fact, to crave it. He wanted to “be somebody,” and for the first time, his dreams didn’t seem quite so out of reach.

As he got older, and his asthma became more manageable, he began forging his path of destiny. First, through the sport of rowing where the fragile young man dared to challenge his asthma and strive for the Olympic podium. Then, it was his lust to be a movie star that thrust him into New York City and Los Angeles to world of fashion, celebrity, and even murder. But it was his one unanswerable question that repeatedly seemed to leave his life in shambles. “Can his fantasy life be his reality” became the albatross that hung over the man… and the boy.

Somewhere along the way, he had lost touch with that childlike part of himself that looked at the world each day with joy and wonder. Looking back he had gone “all in” on his quest to be somebody, but now as a middle aged man left with nothing and no one, it was time to reconnect with little Jimmy and go all in on himself . . . to go all in with love.

Within their story of reconnection lies the gateway to reclaim your inner child and live your best, most authentic life.

Author James Gardiner has worn many hats over the course of both his personal and professional life, as detailed in All In with Love: my journey to the hero within. By telling his life story, and sharing everything (the good, the bad, and the ugly), he hopes his readers will be able to absorb the many lessons he had to learn the hard way and be inspired to embrace their younger selves, walking forward into their futures with truth, acceptance, and grace, always leading with love. Though he grew up in Rhode Island, James currently lives in Vancouver, BC, where he globally works with people to find and understand their own fundamental truths and gain momentum on their journeys of personal growth. To contact regarding speaking engagements and book tours, or to learn more about James Gardiner, please go to: www.theherowithin.ca

All In With Love has been nominated by our staff as one of their favorite books.