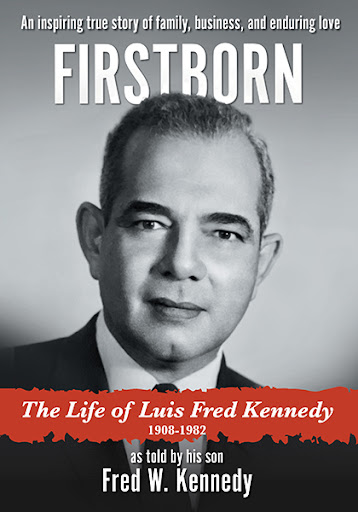 Firstborn, which celebrates the legacy of Luis Fred Kennedy, his family and business, is a narrative that takes on a character of its own, larger than life. At the age of twenty one, after the sudden death of his father in 1930, Luis Fred became co-manager of Grace, Kennedy & Co. Ltd., a Jamaican enterprise founded by his father and Dr. John J. Grace in 1922. Serving as Governing Director (1947-1973), Luis Fred Kennedy laid the foundation for the company to become what it is today—a global consumer group, one of the largest and most innovative corporate entities in the Caribbean.

The author portrays his father Luis Fred Kennedy to be a passionate nationalist, humanist, and advocate of private enterprise, one who had a positive and lasting impact on the political and economic history of Jamaica. Fred Kennedy interweaves the threads of family, business, and nation by combining historical research with his own personal stories, enhanced by interviews, illustrations, and photographs.

Firstborn will interest those with ties to Jamaica or, more universally, anyone eager to learn the secrets of corporate leadership and of the characteristics of centenarian companies like GraceKennedy Ltd. that have prospered for one hundred years.

“Firstborn is a riveting account of the life of Luis Fred Kennedy, whom I admired as an outstanding leader and champion of the private sector.  Written by his son, it is a monumental work of a true Jamaican patriot and humanitarian.” – A. Rafael Diaz, Former CEO/Chairman, GraceKennedy Ltd.

“An informed and sensitively written biography of a Jamaican nationalist and private enterprise champion who was dedicated to family and country. Enlightening and eminently readable.” – Dr. Swithin Wilmot, Caribbean historian. 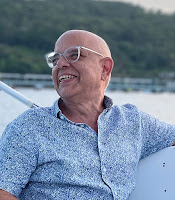 Fred W. Kennedy was born and raised in Jamaica. He holds a Bachelor of Arts and Graduate Diploma in Education from the University of the West Indies (UWI) and a Master and Doctor of Education from the University of Toronto. After thirty years of serving as an educator and principal, Fred turned to writing Jamaican historical fiction. He is the author of Daddy Sharpe (2008) and Huareo (2015). Firstborn is his first published work of nonfiction.

He wrote his father’s biography “to celebrate the relationship of love and trust that we shared” and as “a tribute to him in praise of his contributions to the national development of Jamaica.” Fred remains connected to the company as Chair of the GraceKennedy Foundation, which funds educational, environmental and health initiatives in Jamaica.

He and his wife Georgianne share their time between his native Jamaica and adopted Canada, where their three daughters and families reside.

Firstborn has been nominated by our staff as one of their favorite books.