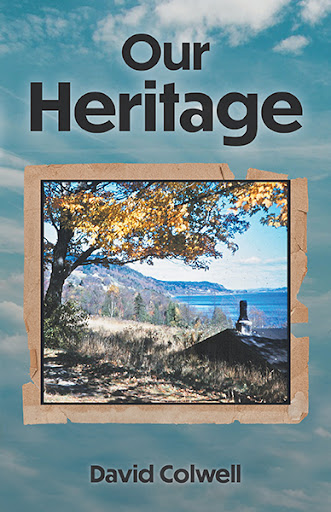 Our Heritage
by David Colwell

Our Heritage is a gesture towards home. The stories and poems in this collection are little slices of life, explorations of family, labour, illness, spirituality, war, and environmentalism, featuring coastal landscapes and a meteorologist’s reflections on the natural order of the world.

a great comb has organised

once long locks of corn stalks

in neat rows of stubble.

A feast is laid for deer in winter.

Throughout this collection, David Colwell’s short stories offer flashes of humour, adventure, and mystery. A zoologist undergoes a procedure to cure a disease and wakes up in a new body. A factory worker witnesses his own death. Another factory worker narrowly escapes a toxic fire. Members of a rugby team take refuge from a blizzard in a ramshackle inn, and later wake to their worst nightmares.

At turns heartbreaking and joyful, funny and serious, quietly thoughtful and piercingly honest, Colwell questions what it means to seek the truth and how we understand the intricacies of our realities. 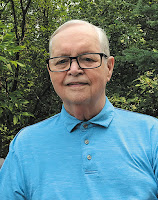 David Colwell has been writing stories and poems since 1989, and it is time now for him to share his work with the world. Early in his life, he had to choose to pursue either physics or English literature, and he chose physics, going on to work in meteorology and administration. At age 49, in need of an outlet, he returned to his love of literature, and began to write the stories and poems featured in Our Heritage. He is so happy now to be able to organize his work into books, and hopes readers will see something of themselves in his writing.

He has three sons, and lives in Waterloo, Ontario.