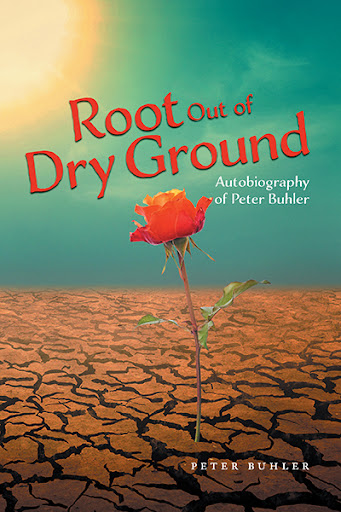 Root Out of Dry Ground
by Peter Buhler

There is a common hope for a richer, deeper life that connects a person to their past, to the people around them, and to a transcendental source—sometimes referred to as God, or the Unconscious. Root Out of Dry Ground provides an exploration into Carl Jung's depth psychology as it is used to understand a person's growth, the development of spirituality and religion in the West, as well as ways to live outside of traditional cultural and religious structures.

Root Out of Dry Ground is an autobiographical sketch of Peter Buhler's life in southern Manitoba and Alberta; it covers Mennonite history in Canada and in Europe, and offers a philosophical analysis of historical developments across both Western and Eastern cultures. The book utilizes the ideas of Carl Jung in order to analyze historical developments over thousands of years, with a particular emphasis on world religions and the cultures they gave birth to, and to better understand Christian language and theology. In the autobiographical sketch, there is also careful attention to Peter Buhler's family, with an affirming remembrance of his brothers and sisters, and their mother and father.

Root Out of Dry Ground serves as a foundation for bringing people together in a meaningful way, where the ideas of great thinkers and artists can help guide discussions and explorations of reality particularly for those who have lost their religious practice but remain rooted in their religious language and story.

As a retired clergyman, Peter Buhler has dedicated many enthusiastic years as a Minister for the General Conference Mennonite Church, and the United Church of Canada. He has formal education for Christian clergy work, and has studied independently for decades. He was a successful businessman, a community organizer, and a happy recluse in the Rocky Mountains.