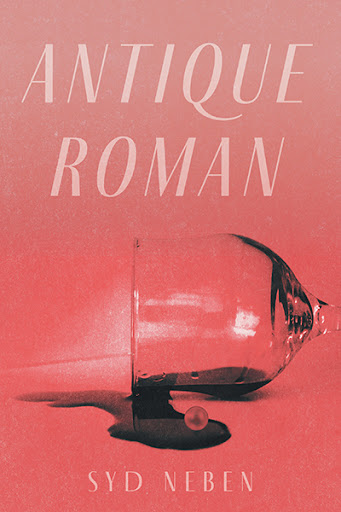 In the tale of Hamlet, Horatio is recorded as a loyal friend, but what if he were more? What if he filled Hamlet’s heart and dreams? And Hamlet filled his? This modern retelling of Shakespeare’s Hamlet, told through Horatio’s eyes is much more than a tragedy. Antique Roman is also a love story about how the handsome and dashing Prince of Denmark finds himself drawn to the quiet, introverted Horatio while at university in Wittenberg. Slowly but surely, Hamlet helps the guarded Horatio see his own true value and shows him how love can bring light to life.

But all too soon for the lovers, Hamlet receives word that his father, the King, has died, and he is to return to Elsinore in Denmark to comfort the grieving Queen. Horatio soon follows to support Hamlet, but finds the royal court mired in intrigue. It appears the late King’s death may not have been of natural causes, the Queen has already remarried her late husband’s brother who has taken the throne, and there have been reports of sightings of the dead King’s ghost.

Told mostly in modern English, this novel also weaves in lines from Shakespeare’s original play, thus offering readers an easy-to-understand version of the Bard’s Hamlet that still captures its flavour and mastery. It also opens up intriguing possibilities about what was the real story behind the play. 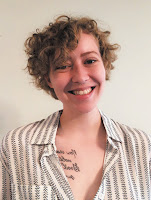 Always drawn to the written word, Syd Neben majored in English and Music Journalism at college. Self-described as “obsessed” with Hamlet, something about the play always stuck with Syd. They adore Hamlet as a protagonist, but their true fascination is in Horatio's character. He is one of the most important characters in the play … the only person that Hamlet is fully able to trust. Their bond is essential to the play. Hamlet wouldn't be Hamlet without it. Syd wanted to give Horatio a voice. Antique Roman is that voice.