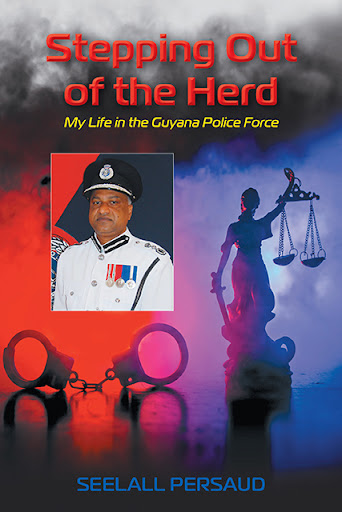 Stepping Out of the Herd is the author’s first-hand account about policing in the South American country during the 1980s until the 2000s. Seelall Persaud details his life and times growing up in a rural farming community in the former British colony and also plunges the reader into a deep well of information and analysis about the country’s historical, cultural, and political landscape. The book serves as a primer for readers to gain insight into the complexities of the country, its people, and its system of policing.

From training in the jungles and eating snake, working his way up from the frontlines of the Guyana Police Force through professional development and operational exposure locally and in international settings such as with the FBI National Academy and the Scottish Police College, the Drug Enforcement Administration, the Royal Canadian Mounted Police and rising to the highest echelon in the police profession, the author’s insider knowledge is evident. Stepping Out of the Herd is an exposition that reveals a unique perspective on the continuum of law enforcement in Guyana. The author used his research and experiences to define whose interests the police force was designed to serve, whose it actually served at varying periods of its history and what impact it had on the society. In so doing, he explained the factors that created the acute ethnic imbalance in the organization and those that sustained it on to present. In the final chapter, he offers meaningful recommendations for change.

SEELALL PERSAUD is a retired Commissioner of Police of Guyana who was conferred the Disciplined Services Medal, a national award for meritorious service. He was born and raised in the village of Affiance, Essequibo Coast. During his policing career, his perseverance to rise above challenges and his continuous yearning for knowledge and self-improvement led him to pursue academic studies in the areas of public management, international relations, and security, thus earning him an MBA, a graduate diploma in international studies, and a certificate from Harvard Kennedy School for senior executives in national and international security.

In writing Stepping Out of the Herd and sharing his journey of growing up enduring major economic hardship, to enlisting in and attaining the highest rank of leadership in a national police organization, Persaud wanted to encourage others to believe in themselves and to have the courage to work toward their full potential, no matter their heritage. In his view one person can make a difference. He lives in Guyana with his wife and two children, one a physician and the other a chemical engineer.