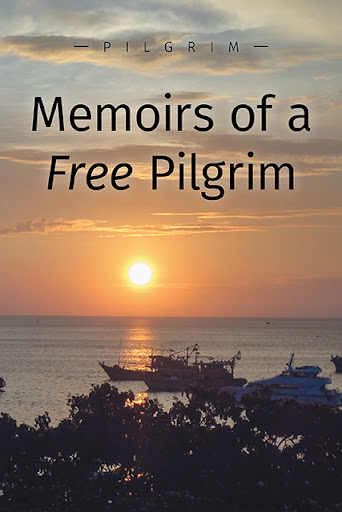 Memoirs of a Free Pilgrim
by Pilgrim

In this book, Nicholas Fung, who has authored several travel books (the Free Pilgrim series), talks about his life, from its humble beginnings in Borneo to his education in England, his professional successes in both law and banking, and his eventual retirement to become a "Free Pilgrim." This book containing recollections of his former life should appeal to those familiar with his other writings and personal memoirs' fans.

Born in 1942 in British North Borneo (Sabah Malaysia) and now residing in Vancouver, British Columbia, Canada, Nicholas Fung was trained as a Barrister-at-Law at the Honourable Society of The Inner Temple. He was called to the Bar of England and Wales in 1966 and eventually returning to Sabah, where he has served as the State Attorney-General. He initiated the formation and was the first Secretary of the then Sabah law Association. He was the founder and first President of The Council of Justices of The Peace and a founding member and President of Sabah Golf and Country Club.

Appointed by Bank Negara (Central Bank of Malaysia) as Chairman and Chief Executive of Sabah Bank Berhad, he was tasked with restructuring the bank (which has since merged with Alliance Bank Malaysia), and it is from that position that he ultimately retired. He has since traveled the world as a “Free Pilgrim.” He has published three books entitled Free Pilgrim, Free Pilgrim 2, and Free Pilgrim 3, documenting his “journey” with insightful photographs and writings that clearly illustrate both the divine and mundane nature of humanity. He reawakens our drive to discover new places, learn about new cultures, and maybe even better understand who we are as a human collective. That we are all one people, and even though separated by continents and millennia, our humanity shines through our great works and a shared appreciation for beauty, reason, and the world around us.