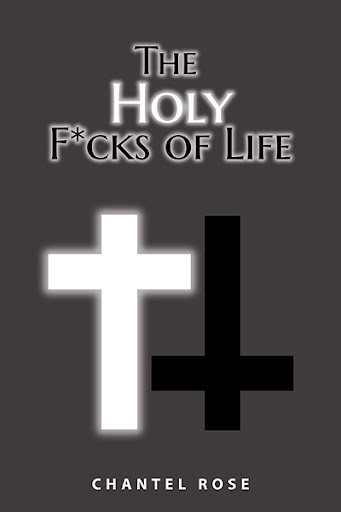 The Holy F*cks of Life
by Chantel Rose

Life can change in an instant.

While working as a model and actress in Vancouver, British Columbia, author Chantel Rose receives a desperate phone call that changes her life. In an instant, she is back in her hometown, forced into a world she tried to run away from at the tender age of fifteen.

Challenging the norms of society, Chantel delves into the trials and tribulations she faced while confronted with the demons of those around her. She struggles with the complexities of harsh physical and mental abuse in relationships, all while becoming a young mother. Yet, with the guidance and grace of God’s hand, Chantel finds her strength and confidence and begins to thrive in the world that wanted to beat her down.

The Holy F*cks of Life asks readers to face their struggles head-on by addressing the darkness that hides within all of us. By questioning our past, Chantel states, we can flourish in the present.

Chantel Rose, is a mother of four who hails from Alberta, Canada. She is currently in her last year of her Psychology degree. In the late 1990s and up until mid-2000s, she was a professional model and actress situated in Toronto, Ontario, and Vancouver, British Columbia.

The Holy F*cks of Life is her first memoir.