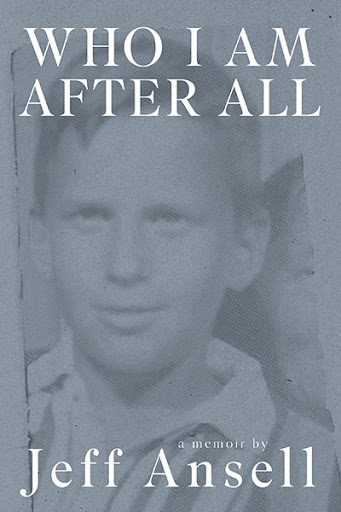 Who I Am After All
by Jeff Ansell

You may recognize Jeff Ansell’s voice from CHUM radio or his face from City-TV, but the behind-the-scenes tales of his life are even more fascinating than the stories he uncovered.

In this unflinchingly honest and vulnerable memoir, Jeff reveals his investigative reporting escapades, from hunting Nazi war criminals living in Canada, to inciting the closure of an abusive nursing home, and even going undercover as a drug addict to expose medical fraud. He then steps over to the other side of the microphone to provide media and crisis training to thousands of people worldwide, including PG&E during the Erin Brockovich case and BP’s partner during the Deepwater Horizon disaster. He even became an instructor at Harvard Law School and lecturer

at Harvard Business School, despite being a high school dropout.

And that’s just scratching the surface. Jeff’s uncanny ability to meet celebrities leads to hilarious and heartwarming interactions (usually), and he recognizes the irony of being an on-air personality and keynotes speaker plagued with panic attacks. He opens up about how grieving changed his relationship to spirituality, and doesn’t pull any punches when guiding us through his tumultuous battle with illness.

One thing is for sure—Jeff lived a full life, and this entertaining and inspirational memoir is proof of it.

"If you asked Jeff whether he was religious or not he would say: “Not me.” Yet when his father passed away, Jeff sat shiva and put tefillin on daily. Not traditionally religious perhaps, but understand that Jeff was truly a spiritual soul.

It is a final gift from a gifted man, who gave so much to others and whose life will live on in the many, many tales he told so very well."

"Jeff Ansell has been one of my heroes for a long time. He never flinched when he had to ask uncomfortable questions of those in power, who often had done the easy thing rather than the right thing. When we taught together, he would always tie practice to theory - showing, not just telling, graduate students how to deal with the media - because he knew what it was like to be on the other side of the microphone."

“From his radio and television documentaries of years ago, to this project today - he’s brought his no-nonsense, passionate commitment to justice, story-telling, and trying to make the world a better place."

Jeff Ansell is an award-winning investigative journalist, TV news anchor, radio host, keynotes speaker, and media and crisis communications trainer. His radio documentary exposing corrupt physicians, Pillers of Parkdale, was nominated for the Canadian Governor General’s Award for public service in journalism and earned him top honors from the Radio Television Digital News Association for the most significant contribution to the improvement of news gathering.

Jeff lectured at two MBA courses at Harvard Business School and co-chaired and taught the Dealing with an Angry Public course offered by the MIT-Harvard Public Disputes Program, affiliated with the Harvard Kennedy School. His book When the Headline is You: An Insider’s Guide to Handling the Media was a top seller in the PR category of Amazon, and his video program Communicating with Confidence on LinkedIn Learning regularly receives the highest rankings from viewers worldwide.

Jeff was an avid world traveler. He lived with his wife, Annie, in Toronto, Ontario until his passing in 2021.