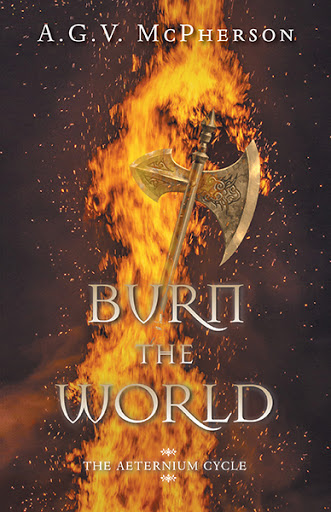 Epic Fantasy, From Out of the Shadows, Fantasy and Magic, Wizards and Magicians, Aeternerras, Silmanus and Mara, Dark Elves

Burn the World
by A.G.V. McPherson

“It’s time for the world to feel the fire of a Dark Elf’s heart."

Shaken and scarred from their deadly encounter with the Dark Elves, Mara and Silmanus embark on a journey south to the Dark Elf kingdom, Vanaria, in an effort to halt whatever plot the Dark Elves have set in motion. Accompanied only by a group of trusted friends, they will have to rely on skill, wits, and shaky alliances if they are to overcome the inescapable dangers and grievous trials of their quest.

“And you’re an outlaw,” Calixta retorted.

Meanwhile, after their harrowing escape from the Dark Elf cells, Jeddo, Amber, and their fellow escaped prisoners wait restlessly in Fort Vanguard to warn the Fire Dwarves of Pyradia about the Dark Elves and to rescue a friend left behind. But the horrors of the Dark Elf prisons have yet to fade, a grim reality Amber and Jeddo must face as a series of unforeseeable events pushes them down a path they do not want to travel.

Jeddo’s stomach started to twist as he realized what had to be done, bile burning its way up his throat behind his pounding heart.

As the pieces of the Dark Elves' deadly puzzle finally click into place, a desperate race to stop their cataclysmic plan begins. The four adventurers will be pushed to their limits as they are forced to take the fate of Aeternerras into their hands.

And if they fail, the world will burn.

Praise for From Out of the Shadows:

"A fast, rollicking fantasy adventure that begs for a sequel—or twenty. If they appear, I’ll be there for each great read." 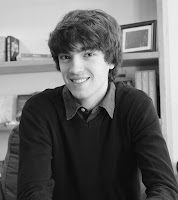 A.G.V. McPherson is the author of the fantasy novel "From Out of the Shadows," the first book in "The Aeternium Cycle" series. In addition to writing, he spends much of his spare time with his nose in a book or a cello in his hands.

"Burn the World" is the second of four books in "The Aeternium Cycle."

Hailing from Timmins, Ontario, A.G.V. McPherson now lives in Corbeil with his family, along with a respectable number of trees and an assortment of pets, including a chocolate lab, a crested gecko, some fish, and some chickens.