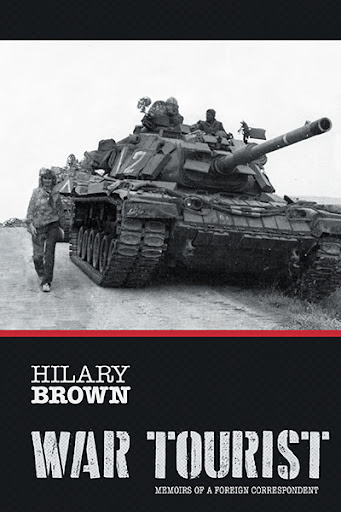 War Tourist
Memoirs of a Foreign Correspondent
by Hilary Brown

Hilary Brown has filed television reports from every continent except Antarctica. She was once profiled on TVO’s ‘The Agenda’ as ‘Canada’s best-ever female foreign correspondent.’

She was one of the last journalists to be lifted by helicopter from the roof of the American Embassy in Saigon in 1975, during the Communist takeover of South Vietnam. One of her ABC reports later appeared in the motion picture ‘The Deer Hunter’ in what Brown calls her ‘fifteen seconds of fame.’

During the 1980’s she was an Anchor for the Canadian Broadcasting Corporation in Toronto, an experience she describes as ‘death by hairspray.’ She later returned to ABC News for another 18 years to do the work she loved best: foreign news reporting.

She was married to the British biographer and BBC correspondent John Bierman, who she met in Pakistan during the Indo-Pak war of 1971. He became her mentor, best friend, and father of her only child. Their life together, in half a dozen countries over three decades, is a great love story that only ended with his death in 2006. As a widow, Brown continued to work at what she calls ‘the best job in the world’ before she finally hung up her trench coat. Two years later she fell in love with a Canadian businessman who, until the global pandemic, flew her around the world in the relentless pursuit of pseudo-extreme sports for which she was totally unqualified. She says he keeps her in a constant state of excitement and fear, which is just like being a foreign correspondent, all over again.

Foreign correspondents are like war tourists in flak jackets,’ she writes. ‘They document human misery, and then move on.’ But many are left with the emotional baggage of guilt, and a search for atonement. This is one of the many themes in Brown’s lively memoir, and it’s quite a ride.

To readers of all ages, but especially her own, her message is that life is never over... until it’s over.

'She's a trail-blazer....one of the greatest foreign correspondents this country has ever produced."

'Hilary Brown is intrepid, glamorous, funny and occasionally reckless. She has written a book that takes you on a thrilling journey through 19 warzones and newsrooms around the world."

'One of the most intelligent (and glamorous) women I have known in my career. Putting gender distinctions aside...simply tops in our field.' 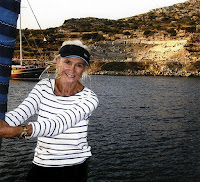 Hilary Brown was the first female foreign correspondent for the American television network, ABC News. She was then a token woman in a man’s world. From 1973, for more than 35 years, she reported from trouble-spots around the globe. With risk, came both triumph and disaster, and she treats those two imposters just the same, as the poet said. She writes of heartache, concussion and clinical depression, guilt and atonement, as well as the complete, triple-distilled thrill of the job, writing ‘the first rough draft of history.’ Her memoir is a riveting, self-deprecating account of a charmed life in the age of feminism.

War Tourist will be available in the FriesenPress Bookstore soon.