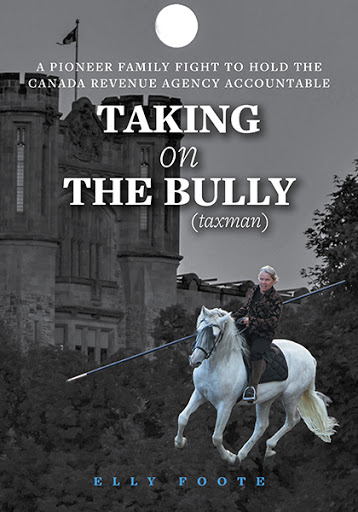 A soul-wrenching tale of one family falsely accused of criminal tax evasion.

Nathan and Elly arrived in Canada in 1973, after travelling five years on horseback through the three Americas. They became Canadian citizens, raised a family and carved a ranch out of the wilderness in northern British Columbia with Belgian draft horses.

In 2006, inexplicably, the family was swept up in the Canada-wide wave of terror originating with the Harper government, intended to spread fear among small business owners, and, through fear, taxpayer compliance. And to divert attention from the off -shore tax havens of the rich.

Trail hardened and resilient, Nathan and Elly would not allow themselves to become victims of a bully. They launched a civil lawsuit against the tax agency that attacked them without merit, mercy, or fact. They acted as their own lawyers. The battle lasted ten years.

This small book has a big message: when you have the guts to stand up for what you believe, no one has power over you!