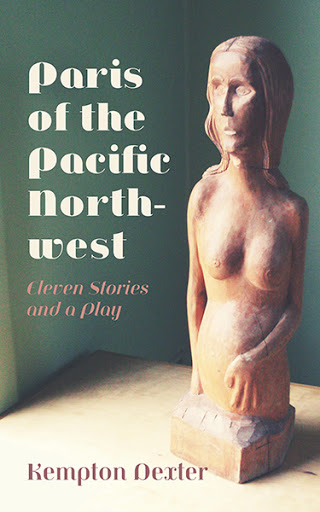 Paris of the Pacific Northwest will appeal to a wide range of readers, especially those who enjoy the short story genre. This collection of eleven stories and a play are quick and clever reads. Collectively, the works are bound by themes of the extra ordinary. The writing delivers on a broad range of suspects including, the paranormal, psychological instability, sexuality, and fantasy. Unforeseen twists and turns and unanticipated endings ensure the tales are fresh in an unconventional way.

Each story is seeded with a beautiful mastery of imagery. The contrast between the unusual internal life of most of the characters, and their often sedate surroundings helps to create this extraordinary theme and sets a certain edginess in the stories. The inability to deduce what might happen and the consistent out-of-the-ordinary perspective will attract those who enjoy a novel reading experience. The short story format works well here for the content and offers the reader the benefit of a sudden resolution, often a resolution that is quite a surprise, which is a delightful turn of events. Those who enjoy unexpected twists or refreshing takes on some classic themes will not be disappointed.

"Such a light hearted ride, Kempton enjoys playing with your mind, but it's all in good fun. His tales exploit finely crafted images as backdrops to coyly amplify these unique shifts in perspective."

"Just when you think you know what’s going on, you don’t. Dexter’s stories startle; they remind us that reality is slippery, impossible to grasp. This eclectic collection can’t be finally described either, although it contains traces of magic realism, science fiction—even theatre. And dexterously threaded throughout each piece is a tenderness, sensuality, and an almost painful yearning. This collection cries to be devoured whole, and even after you’re done it won’t leave you alone."

Kempton Dexter, aka Hi-rise Dex, is a compulsive creative. Song-writing, sculpture, public art, painting, musicals, plays and short stories have seduced his attention. His first solo show of paintings was in 1973 while a student at Acadia University. In 1978 in Toronto, besides becoming a father, he trained to eventually become a journeyman wood patternmaker. Arriving in Vancouver in 1984, he helped found Grunt Gallery that same year. Many art shows in the Lower Mainland followed. Since the mid-1990's his focus has been on theatre, music, and writing. Cafes, bars, fringe festivals, and back-yards have been venues for his plays, musicals and songs. His first short story collection, Mrs. Ceperly's Garden and Other Plots was published in 2011. His fifth collection of original songs, Springtime in Vancouver was released in 2017. Paris of the Pacific Northwest is his second book.