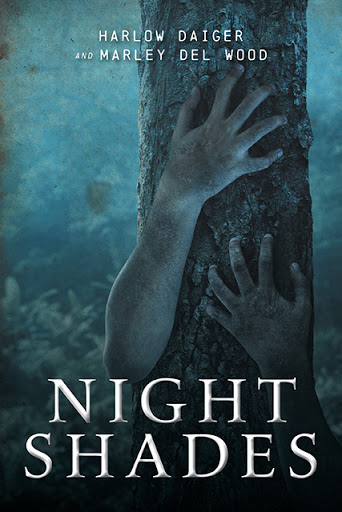 Brimming with horror, tragedy, suspense, and a hint of the supernatural, Nightshades is an anthology set in the Canadian Prairies and perfect to read on a stormy night. Told with poeticism and honest mercilessness, these thrilling tales explore the dark underbelly of being human in an often painful and unforgiving world.

Two sisters visit their parents’ graves every year, until one of them goes too far.

A young child, reeling from a traumatic event, befriends a mysterious boy in a hole.

A cruel father is separated from his family under suspicious circumstances in an eerie, Saskatchewan small town.

A young girl with an affinity for horses becomes the target of unbridled evil.

After moving to a new town with her family, a teen meets a friend who leads her down a one-way path to destruction.

A woman struggles with depression until her internal world begins leaking into her external reality—with monstrous results.

The themes in Nightshades—ranging from the legacy of childhood trauma, to twisted justice, to the abuse of power, to toxic relationships, to mental illness, and more—are topics that scarcely leave anyone in this world untouched. Unifying these nightmarish tales is the core truth that nothing is scarier than real life.

Marley DelWood and Harlow Daiger are two Canadian authors who bonded over a mutual love for reading and writing. As a commemoration to their friendship—and as a way to give back to the world of literature that inspired them—they chose to collaborate on an anthology of thriller/horror short stories. Nightshades is their first publication, drawing on their own lives, observations, and people they know, making each story feel palpably human and hitting close to home.

DelWood and Daiger both reside in Saskatchewan with their respective families. They plan to collaborate together on future projects, as well as to each publish a full-length novel. Learn more about their projects at: www.handmdagwood.com.

Nightshades has been nominated by our staff as one of their favorite books.