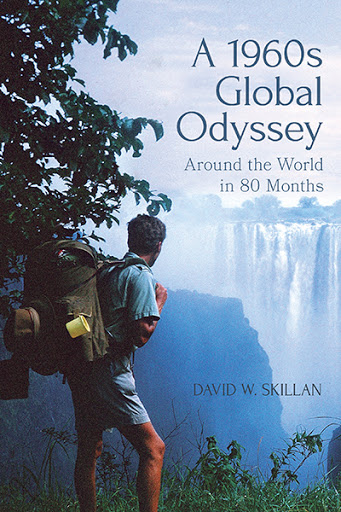 A 1960s Global Odyssey
Around the World in 80 Months
by David W. Skillan

During the turbulent 1960s, when much of the Western world was undergoing social upheaval and unrest, and years before computers, smartphones and the proliferation of modern-day guidebooks, two young men set off from their native England to work their way around the world. Their unique odyssey was crammed with adventure and incident, and many of their experiences were extraordinary—even by other seasoned travellers’ standards.

While most of the book is based on the author’s personal experiences—different interests and employment sometimes took the friends their separate ways—it is basically the story of how the young men lived, worked and travelled in numerous countries, and of how they succeeded, despite all the odds, in attaining their goal.

Above all, it is a story about life; hardship and happiness, frustration and fun, obstacles and opportunities, adversity, romance and personal fulfilment. Told in an easy to read, engaging way that is guaranteed to keep the reader interested and entertained throughout, this is a fascinating account of a unique, adventure-filled marathon world tour. The book is richly illustrated with both colour and black and white photographs.

"Globetrotter David Skillan is an inspiration. Whether you read, write, travel, or all of the above, save room on your literary wanderlust shelf for Skillan, a seasoned newcomer who belongs in the company of Fermor, Morris, Theroux, and Stark."

"Ever dream of leaving it all? For most it’s a dream never fulfilled. But for a very special kind of man, that dream of world travel and adventure came true."

"He impressed us with his sincerity, his ability to make the best of a situation and to profit from past experience." 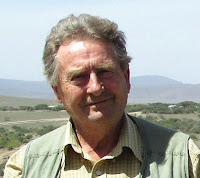 As a young traveller and trailblazer who wandered the world on a shoestring throughout the 1960s, David Skillan vowed the next time he travelled it would be in greater comfort. This ambition would be realized when he was employed by a London-based Swiss travel organization seeking a foothold in the British travel market. For David, it was the beginning of a lengthy and varied 45-year career in the travel industry during which he escorted well over 200 long-haul tours to many of the places he’d first visited as a youthful globetrotter.

In 1976, he moved with his young family to Canada where he ran his own successful travel company. He also published a travel newsletter for more than thirty-five years. An incurable romantic and self-described free spirit, David counts himself lucky to have seen much of the world from both the ‘roughest and smoothest’ of angles.

A long-time resident of Vancouver, BC, David is a retired tour operator, tour manager, writer and photographer. He maintains strong ties with the British Isles, the land of his birth, and likes nothing more than visiting his home country every so often.