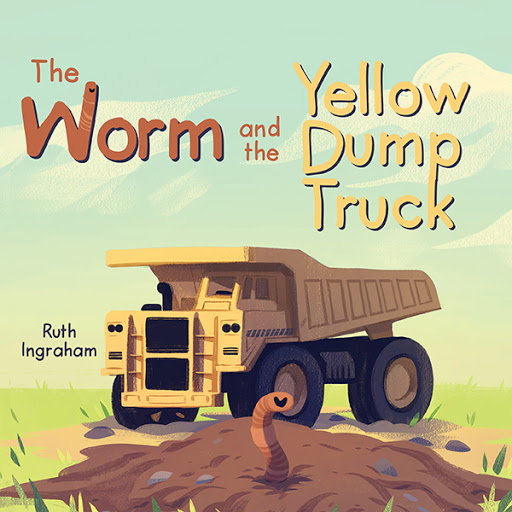 The Worm and the Yellow Dump Truck
by Ruth Ingraham

A worm and a truck? How can that be?

You will see. This little earthworm is in danger! How can such a little one ever escape a hungry bird, a watchful cat, a curious dog and a playful pup?

This story has been written especially for beginning or early readers. The story is followed by answers to questions about earthworms, designed for sharing.

Ruth Ingraham is a retired primary school teacher. After retirement, she and her husband moved to the mountain community of Tehachapi, California, where they enjoyed seeing their grandchildren grow up. After her husband’s death in 2001, Ruth has continued to live in Tehachapi along with her little rescue dog, Pip. Now happy to have great-grandchildren, she wanted each one to have a beautiful book with this fun-to-read story that she originally wrote for children who are finding enjoyment in learning to read.

Brayden Sato is a freelance illustrator currently living in a small mountain town surrounded by the Canadian Rockies. He has been drawing and working on creative projects with his brother ever since childhood. Mostly self-taught, Brayden works entirely digitally, glad for the presence of an undo button. His work has been featured on websites, logos, clothing, posters, and book covers, as well as in online and printed comics. When not pondering what to draw next, he can be found either napping or thinking about tea.

The Worm and the Yellow Dump Truck has been nominated by our staff as one of their favorite books.