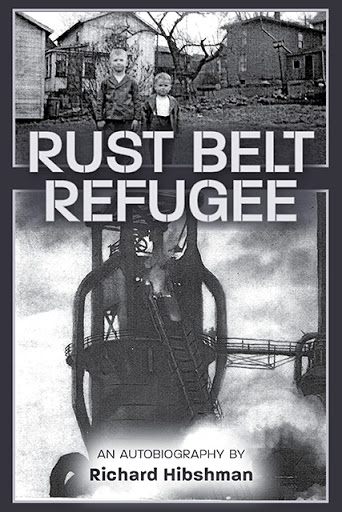 This book should interest a wide spectrum of readers. For the younger ones, it will give them an up close and unblemished look at life as it was for people of their grandparents' era. For the older reader, it can provide a true reflection of the way they lived their lives as young Americans, back in the 1950s and 1960s, in the post World War II era.

Every section of our country went through the change or even shutdown of some essential industrial economy, depending on where they lived. Whether it was iron and steel, coal mines, manufacturing, the auto industry, etc. This creeping demise of hundreds of thousands of jobs and family incomes forced hard choices for the current and future plans for millions of workers and their families. They forced styles of living and even behaviors to change due to these hardships. To those forced to live this way, it was not odd or perverted; it was the new normal. The reader must not be too quick to judge the people of these times and places for their behavior.

Some inhabitants of these times saw no chance to escape this existence; others tried to leave and were drawn back many times as I was; but a few others could finally avoid the "rust belt" magnet and move into a new lifestyle through hard work and sheer determination.

There were few advantages to living in the type of existence I grew up in and describe in this book, but, after breaking free, you knew, if you had a choice, it is not something you would want to experience a second time!

The true story of a place and time that don't exist anymore, but the people, strangely enough, still do.

The reason this book rings true is the simple fact that I have lived the life this book tries to explain. I have been through every phase, as a true survivor of the "rust belt" existence. Growing up and trying to conform to the odd behavioral boundaries our town and surroundings set up for us; having to make the hard choices, although few, trying to escape the common life of poverty and alcoholism, and knowing the irresistible draw of this life that never lets you alone, no matter how far you move. After many tries and years of slaving in the steel mill, I finally broke free to gain a college education, two graduate degrees, and became in success in the white collar world as a teacher and coach.

I now live in Lancaster, Pa. with my wife of fifty years, Joyce, and continue to teach at age 79.