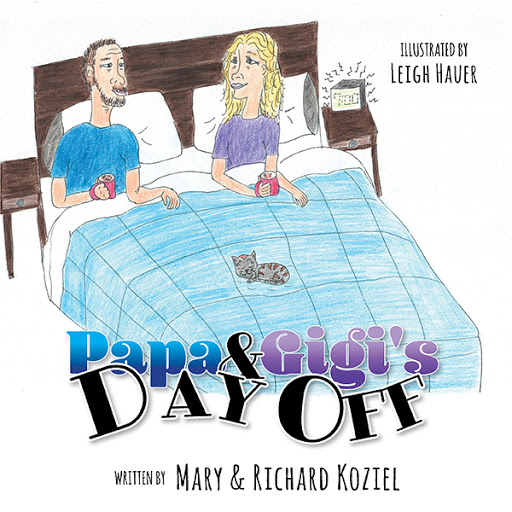 Papa And Gigi's Day Off
by Mary Koziel and Richard Koziel

"This book perfectly captures the love that grandparents have for their grandchildren!"

Devoted grandparents Papa and Gigi awake one morning to some news: they have a rare day off from babysitting their grandchildren. Though there’s nothing they love more than being with their grandkids, they decide to take advantage of the free time and spend the day together doing all the things they seldom have time for otherwise, such as cooking a big yummy breakfast, getting their hair styled, and enjoying a picnic and a long drive.

“What a good idea,” says Papa.

“This will be fun,” Gigi says.

However, the day’s events turn out to be anything but! After their breakfast catches fire, they leave the hair salon looking unrecognizable, some critters run off with their picnic, their car breaks down, and so much more. Papa and Gigi realize that only one thing can redeem their disastrously eventful day: spending the rest of their day off with their favorite grandchildren, of course!

Mary and Richard Koziel have been happily married for nearly four decades. Originally from Bridgeport, Connecticut, they now reside in West Haven and are the proud parents of two grown children and doting grandparents to two young grandchildren who they love to babysit nearly every day.

For more information about Papa and Gigi's adventures, please visit