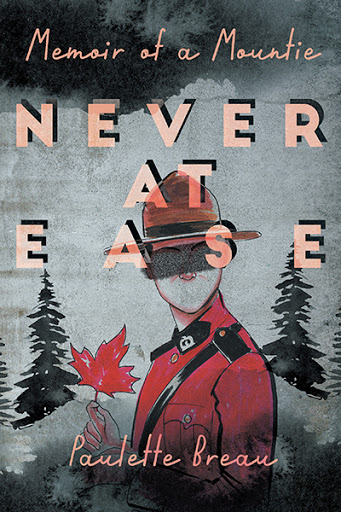 Never at Ease
Memoir of a Mountie by Paulette Breau

Follow the journey of a young woman as she fulfills her dream of becoming an RCMP officer and enters a world of excitement and honour serving the Canadian public. This is Paulette’s story of survival, loneliness, and the will to constantly push forward, even after traumatizing events.

As the only woman in a forty-man detachment, Paulette Breau overcame not only the dangers of the profession but also its despicable subculture. Her accounts of undercover work, the sexual advances of coworkers, and the constant harassment endured over thirty years shines a penetrating light onto the challenges faced by women in a male-dominated occupation. In writing this book, she seeks to be a role model to some and a source of support and compassion to others. This is her story.

"I found it amazingly well written and balanced, exposing as much vulnerability as it did strength. Your journey broke my heart but it showed me what bravery in the face of adversity truly means. Not only in the sense of the dangers of the profession but also in the despicable subcultural dangers."

Paulette Breau served as an officer in the RCMP from 1987 to 2017, retiring as a sergeant. Writing to inspire her three nieces to overcome any obstacle placed before them as women, she hopes that her writing brings hope to many readers.

She’s the proud mother of two Labradors, Oakley and Tilley. Tilley was a rescue she tried to foster but failed—which she considers the best failure of her life!