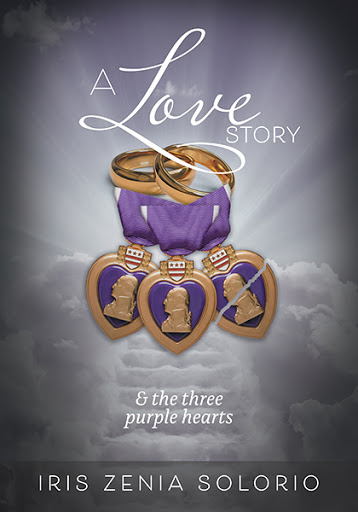 This is a true story of love, hope faith and sacrifice and conflict with family. There are many women who have lost a husband like me in deployment. My husband was injured twice and earned two purple hearts. His third purple heart separated us forever.

A Love Story: and the three purple hearts is my memoir, about a young woman who falls in love with a soldier. It’s a story about young love and conflict with family, and what happens when you break your parents home rules. Over us all loomed the greater conflict in Iraq—Operation Iraqi Freedom. This I learned the hard way: for freedom, comes sacrifice, but in the end, love is what matters. 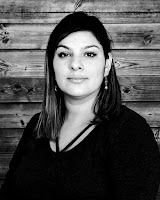 Iris Zenia Solorio and Ismael G. Solorio met at a Christian church, he was a musician. Later he enlisted in U.S Army. When he returned from his second deployment he was injured from his left cheek and that’s when Iris and Ismael formed a friendship and later fell in love. They had a daughter, Priscilla Solorio. When Priscilla was born Ismael was not present. He voluntarily re deployed to Baghdad, Iraq. In his third and final mission he returns to get married and to meet his daughter. Three months later he was killed on April, 9, 2007. Priscilla was six months old when he died.

Iris became a widow with a child at a very young age.

From the time Iris was a child, she always wondered about being a writer. Thirteen years later, she realized she wanted to share her story. It’s important to speak for those who cannot.

The author lives in San Luis, Arizona, with her four children.