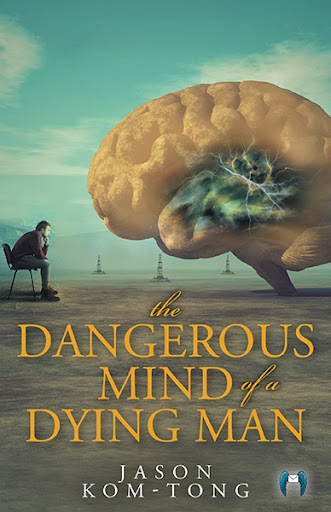 The Dangerous Mind of a Dying Man
by Jason Kom-Tong

With only three months left to live and realizing there is no consequences for any of his actions, Jason takes you on a journey that can only be described as dangerous. Told in an unfiltered way that is relatable, The Dangerous Mind of a Dying Man is one man’s experience with a terminal diagnosis, and the desperate places it sent him, both inside his mind and in the real world.

Filled with lessons and guidance, Jason offers advice for battling death and the danger that travels with it. He provides a view of his life on a limited timeline. And when his doctors extended that timeline, the story takes on a startlingly different shape that brings the reader to a whole new level of appreciation of life and what it has to offer.

The Dangerous Mind of a Dying Man was written to pass on the lessons he learned during his life and when facing the realities of dying—but more so, how drive and willpower can keep you alive even if its for all the wrong reasons.

Jason Kom-Tong has lived a pretty normal life, filled with typical problems, challenges and decisions. But when he was diagnosed with terminal tongue cancer and told he had three months to live, he tumbled into a whole new world of rules and guidelines to follow. Suddenly he had to fight for something he’d been told was impossible. Driven on by hatred and love, he has lived to tell his tale. Jason Kom-Tong aims to leave something concrete behind for his children, and he hopes these pages might teach readers about the values of living.

Jason not only survives but thrives, living defiantly in the shadow of his dire diagnosis. He resides in Red Deer, Alberta, with his beloved wife Bambi, his kids, Zackary and Kisenya.