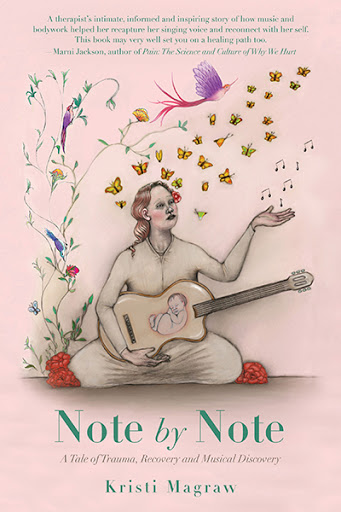 Note by Note
A Tale of Trauma, Recovery and Musical Discovery
by Kristi Magraw

A powerful account of what healing really looks like up close from a woman who followed the song in her heart and built a legacy in the healing arts.

Kristi Magraw is an established body-mind coach with a busy practice. She is also a music teacher and a professional musician and composer, with two albums and an extensive catalogue of original folk, country and tango songs.

In this book, Kristi tells the story of a life changed dramatically by a traumatic ear surgery at age nine. With honesty and self-compassion, she describes the isolation caused by facial and hearing differences as well as PTSD throughout her unusual childhood.

No matter what happened, there was always a song—hers or someone else’s—to keep her company as she moved through the difficult times. On the way she discovered that she has a great talent for listening and touching people in healing ways. Music was her guide and her guitar was her steady companion during the long, confusing struggle with PTSD and relational problems. Note by note, her voice returned and she completed a CD.

Kristi describes all the different modalities and techniques that she had to learn for herself and then passed on to others. She writes about trauma theory, pain, psychodrama, neuro-feedback, attachment theory, the Tomatis method, and many mind-body techniques. Presenting the latest discoveries from neuroscience in easy to understand language, and with many exercises that readers can use to aid their own healing journeys, Note by Note is an unforgettable story of a remarkable life, the magic of metaphor, and the healing power of music.

"Healing yourself and healing others go hand in hand, according to Kristi Magraw’s interactive memoir, Note by Note. It is designed to be tailored to each user, and its tone is life-affirming, encouraging, and positive.

About “healing without hiding what’s broken,” Note by Note is both a memoir and a manual for general healing." 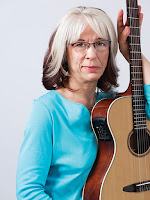 Kristi Magraw is known for having developed a unique synthesis of Eastern healing (Five Element theory) and Western ways of working with the mind, called the Magraw Method, which she established in 1979. This method uses metaphoric language and release techniques to help people heal physical and emotional pain.

She is a certified Director of Psychodrama and a Registered Massage Therapist with additional certificates in Reflexology, Shiatsu, Polarity, Cranial Sacral therapy and LENS (Low Energy Neurofeedback System). She also integrates Tai Chi, Kung Fu, Qi Quong and Yoga in her practice. A gifted teacher, she has conducted training and supervision groups for over twenty years. Her communications courses for the Kikkawa massage school became the curriculum template for massage schools in Ontario. She is a member of Ontario Massage therapists Association and a clinical provider of LENS. She is a retired member of the American Society for Group Psychotherapy and Psychodrama, the Ontario Society of Psychotherapists and the College of Psychotherapists of Ontario.

Kristi is also a musician and composer. She has received several songwriting awards, and has had her songs covered by other artists. Her CD “Everybody has the Gift to Heal Themselves” inspires people to trust themselves and their self-healing processes. She is a member of Nashville Songwriters Association International, Songwriters Association of Canada and SOCAN, Canada’s performing rights organization.