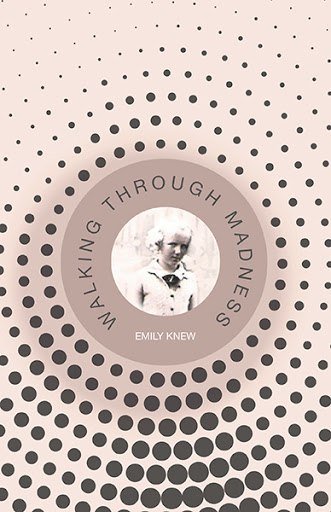 Walking Through Madness
by Emily Knew

At the age of 57, Emily Knew discovered she had broken bones but had no memory of how she got them. She’d always known she was different from others but had no idea why … or who was to blame.

As Emily sought to understand how and why things had went wrong, she began writing the story of her life. As she did, she grew to understand the abuse and how it happened. Over time, she was able to untangle her story and see just how things played out.

Emily spent years trying to understand her life, her family, and the world. She didn’t begin to understand the rights and wrongs of what happened to her until she had been able to watch and learn from other people’s lives. Walking Through Madness is the true story of her childhood as she remembers it.

Despite it all, Emily’s story is one of survival, of learning to take care of herself on her own and beginning to deal with her all-encompassing guilt that she hadn’t been enough for her own parents.

Emily Knew grew up in North Vancouver, BC. In spite of childhood abuse, she has found her happy ending, living a life that has become, as she puts it, “quite wonderful.” After seven years on her own, she’s met an understanding and caring man who is a good listener and is a great help to her. She hopes that her writing will help others find understanding and a way out of their memories of abuse. She lives on a farm in BC, miles from the nearest town, and is currently writing her next book, Dillon Returns. Emily is also the author of Only in Nakusp and Missing Mushroom Mystery.

Author
Emily Knew
Contribution by
Good friends who helped me along the way. They showed me the way through fog.