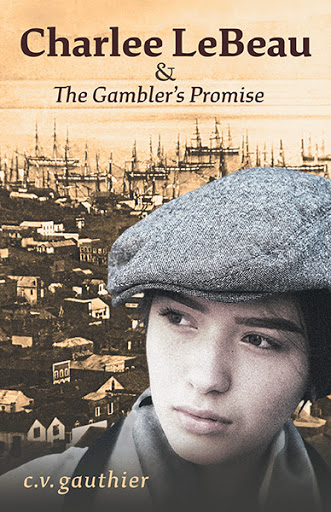 “I looked around warily, just as the boy had done. The dock was deserted. Suddenly, a shot rang out beside me! I jumped away from it so hard, I nearly tumbled into the water. Nobody was there. A sudden gust of wind had caught a loose canvas and snapped it against a mast. A shiver ran up my spine. I’d been warned again.”

It’s 1858, and Charlee Lebeau isn’t your typical girl. She’s worked as a hired hand ever since her Papa took the foreman’s job on the Miller ranch in Sonoma. Thanks to her best friend Jake, the boss’s son, she’s learned as much as any boy. She’s got big ideas. She wants a life nobody thinks a girl like her can have.

The summer she turns fourteen, however, everything begins to unravel. Jake is going off to school in San Francisco. Although she has always wanted a life of independence and adventure, Charlee is slated to take an ordinary job in the local town, and that’s only the beginning of her trouble.

Her rich Uncle Jack, a professional gambler, suddenly shows up at the ranch and offers to take her to live with him in his San Francisco mansion. It’s a chance to become something more than hired help and to be in the same city as Jake. But is it wise to trust a gambler’s promise? 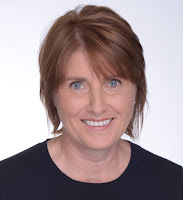 CV (Cindy) Gauthier has always lived on the west coast of British Columbia. These days, she divides her time between the village of Steveston on the Fraser River and the old growth forest of the Sunshine Coast on Okeover Inlet.

Before turning to fiction writing, Cindy spent three decades as a secondary school educator in Vancouver. Charlee LeBeau & The Gambler’s Promise is the first book of her YA historical trilogy. The series takes the reader on a journey from Sonoma and San Francisco in California, to islands in the Salish Sea off the coast of British Columbia.

For upcoming trilogy release dates and other news, please visit the author website at cvgauthier.com. Information on bulk educational purchases and accompanying instructional guides for teachers is also available on the website.

For author bookings and other enquiries, please contact Tuanne Andrews Publishing at tapublishing@shaw.ca

Charlee LeBeau & The Gambler's Promise has been nominated by our staff as one of their favorite books.