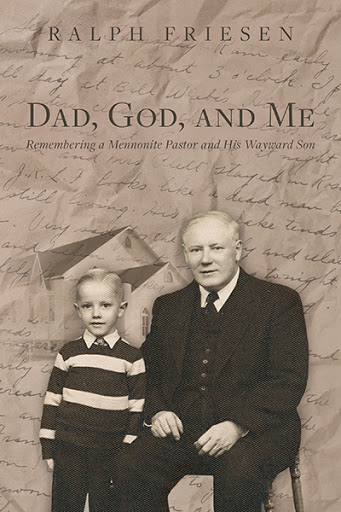 Dad, God, and Me
Remembering a Mennonite Pastor and His Wayward Son
by Ralph Friesen

In a compelling, honest, and transparent account, Ralph Friesen tells the story of his father, Reverend Peter D. Friesen of Steinbach, Manitoba. He also tells his own story, of the search for his father and a crisis of faith. Growing up in a fundamentalist Mennonite community as the son of a minister, Ralph resisted the pressure to be “saved” and struggled to find a spiritual alternative. His father suffered a debilitating stroke when Ralph was a young teenager, but it is only now, in his seventies, that Ralph has delved into the meaning of that event. Dad, God, and Me is Ralph’s quest to discover and convey the man his father was—with all of his strengths, faults, aspirations, and regrets. Drawing on journal entries, old photographs, and personal memories, this memoir welcomes readers into a particular time, place, and family. An engaging read for anyone who appreciates that “real life” can be challenging, painful, and beautiful all at the same time. 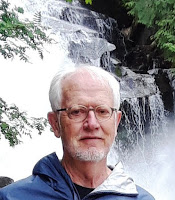 With degrees in English Literature and in Marriage and Family Therapy, Ralph Friesen is mindful of the transformative power of language and faith. Dad, God, and Me, his third book, deals partly with trauma—something he’s familiar with from personal experience and his career as a therapist. Now retired, he’s also an amateur historian, with a focus on Mennonite history.

In 2009, he authored Between Earth & Sky: Steinbach, the First 50 Years, and in 2010, he received the Margaret McWilliams Award for excellence in the study and interpretation of the history of Manitoba, in the category of Local History. In 2004 he co-authored an inter-generational family history, Abraham S. Friesen, Steinbach Pioneer.

Ralph lives in Nelson, British Columbia with his wife, Hannah.