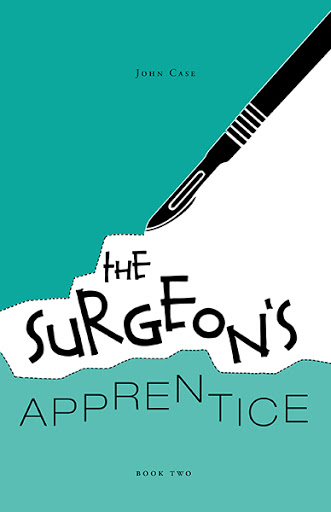 The Surgeon's Apprentice
by John Case

Second in a multivolume memoir, The Surgeon’s Apprentice follows a young John Case through his medical and then surgical training in an era when penicillin was a new wonder drug. John’s experience training at two universities and eight hospitals during his apprenticeship documents a time when the scalpel was the main surgical instrument, endoscopes were primitive, there were no CAT scans or MRIs, and haematology investigations and laboratory tests were restricted.

Despite the lack of technology—or perhaps because of it—there was a more personal side to medicine, as every patient had a personal GP who knew them. The GPs ran twice daily surgeries and even visited—in their own homes—those unable to attend the surgery. Tragic and poignant in places, uproaringly funny in others, this memoir provides a glimpse of a way of teaching and living that is now lost to us.

John’s wonderfully engaging voice brings his adventures (and misadventures) alive in the pages of A Surgeon’s Apprentice, and will have readers cringing along with him as he settles into “the Coffin” at night and struggling beside him as he questions the rationality, morality, and even legality of the choices he must make in treating his patients.

"A technically informative, upbeat reminiscence that should appeal to aspiring medical professionals."

John Case initially intended to become a priest, then decided that wasn’t for him, so he entered technical college for the study of chemistry, botany, and zoology, intent on becoming a farmer. Laid low by aggressive hayfever, John again switched potential career paths, going on to study medicine, and subsequently working as a general surgeon in a small town in northern Alberta. Now retired, John lives in Qualicum Beach, BC, with his wife and small dog. His children and grandchildren live in Grand Prairie and Sherwood Park, AB. John has always enjoyed amusing others, and he jokes that before the use of the computer, his writing was barely legible.