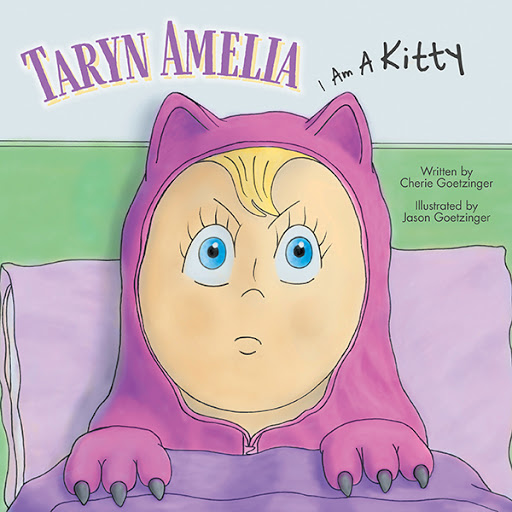 I Am A Kitty
by Cherie Goetzinger

When life gets boring, Taryn’s imagination gets going. Taryn turns everyday activities into furry adventures in purrrfect kitty style. In what creative way will Taryn Amelia express herself next? What other boring thing will she turn into fun? And why can’t everyone remember that she is, indeed, a kitty?

Take a peek into Taryn Amelia’s imaginary world of pretend play that has such an important role in children’s development. Young children will love engaging with this playful, rhyming story, just right for new readers. Put on your kitty ears and get ready for a meow-rific time!

Cherie Goetzinger based I am a Kitty on her real-life, four-year-old daughter, Taryn, who has pretended to be a kitty for two years. During that time, Cherie has witnessed a lot of pretend play as Taryn created her own language and found new ways to do things and express herself.

Cherie lives in the village of Queen Charlotte on Haida Gwaii, Canada with her spouse, Jesse, daughter, Taryn, their cat Ishtar, and many chickens.