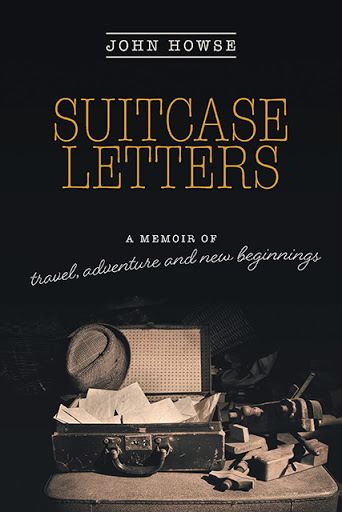 Suitcase Letters
A Memoir of Travel, Adventure and New Beginnings
by John Howse

Suitcase Letters is a collection of letters written by the author, John Howse then 19 years old, to his Mother and family. Howse left Cootamundra, his small town in New South Wales, Australia, boarding a ship bound for Europe. His letters home relayed the tales and adventures from England, Europe, and then from across the pond in North America. Howse first wrote from onboard the S.S. Otranto, en-route across the Ocean to Europe, from various ports along the way, and once docked, offering up keen impressions of the other side of the world. From sleeping in haystacks along the road in Belgium, working in the mines of Northern England, to seeing some of the great stage actors in London and musicians in New York City, the reader is given a rare look through the adventurous eyes of a young man coming of age. When Howse returned back to his home 14 years later, he found his mother had kept all of his letters in a leather travel bag atop her bedroom wardrobe. A few years later, after her death, the bag had migrated to a back bedroom. Subsequent visits found it progressively on the back porch to a shelf in the garage and finally rather unceremoniously under an awning but otherwise exposed to the Australian critters and weather. Luckily, Howse then reclaimed the letters. These many letters are a joy to read, giving the reader a window unto the optimistic possibilities of the 1950's for a young traveler, and the idea that even then, the world was both enormous and familiar as there was always another young traveler easily found. The stories in the letters will bring laughter, wonder, and hopefully, tap into a sense of adventure for the reader to explore the world themselves.

John Howse was born in Murrumburrah N.S.W. Australia in 1934. He left his home at 17 and boarded a ship for Europe. The trails and tribulations of his grand tour are a window into a grand era of adventure, luck, and perseverance. Deciding to not return to his homeland, Howse pursued a medical degree at McGill University. His adventures took him to remote camps in the Quebec wilderness and the tamer wilds of a Ladies Club in Downtown Montreal. Traveling to the University of British Columbia, and after a short sojourn in Africa, Howse returned to Canada, settling in Calgary, Alberta, and began his career in Journalism. Howse still resides in Calgary with his wife Inger, and enthusiastically entertains a dinner table of 5 children and 10 grandchildren.