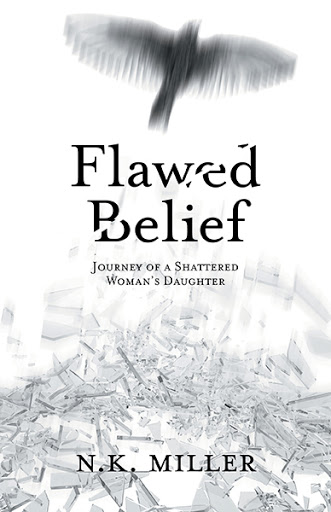 Flawed Belief is the engaging story of one woman’s journey from childhood to later adulthood as she navigates through fear, faith, transitions, and family relationships. In a simple yet descriptive voice, Nancy Kay Miller takes readers back to her early years in Oregon, feeding their imaginations with images of small-town, rustic beauty and the culture of a close-knit community. Into this seemingly idyllic childhood, however, creep hidden truths from the past and threats hovering over the future. An event in her childhood, a memory buried from sight, leads to years of struggle with fear and self doubt. Eventually in her late twenties, she starts down the path of understanding the root of her belief of being flawed and discovers freedom when she realizes the truth.

Transparent and vulnerable, Nancy Kay Miller inspires readers to face their fears as she “opens the book” on her own life. Her strong faith in Jesus Christ shines through her narrative, providing a realistic glimpse into the Christian walk—one that acknowledges the struggles we all face but also the hope found in God alone.

During her 36-year nursing career, Nancy Kay Miller published articles for health research and education publications. Prior to retirement, she created and was editor of a health newsletter for Hutterite Colonies in Southern Alberta, called Colony Street.