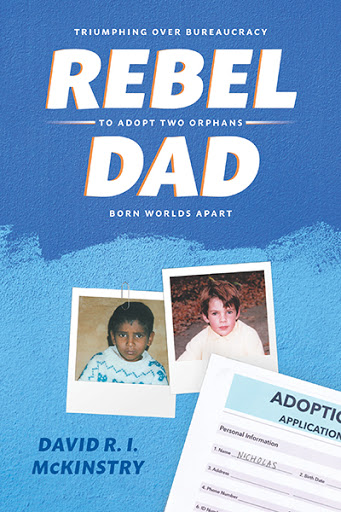 As a child, David McKinstry always knew one thing: he wanted to be a father. However, as a single—and secretly gay—man, David's only option was to adopt. Lying about his sexuality on adoption applications, David was consistently met with a resounding "no."

Challenging the Canadian government to champion his cause, in 1997 officials finally agreed to use David as a test case to see if a gay man could adopt internationally. All thirteen applications were met with the same response: "we don't give kids to fags."

Undeterred, and facing unfathomable levels of stigma, bigotry, and red tape from global adoption agencies, social workers, and politicians, David continued to advocate for change. Fighting for his dream, and with a little lie from the Canadian government, David became a true "rebel with a cause" by becoming Canada's first openly gay man approved to adopt and then, with his husband, the first to co-adopt.

Rebel Dad: Triumphing Over Bureaucracy to Adopt Two Orphans Born Worlds Apart recounts David's emotional and inspiring journey as he navigates coming to terms with his own sexuality and fighting to create a family he could call his own.

“Every great advancement in society has come from an individual’s unwavering belief in their own cause, which in turn has given them the power to convert thousands of others. David McKinstry’s intimate, no-holds-barred account of his long quest to prove that children deserve a loving home, regardless of a parent’s sexual orientation, is an inspiring wake-up call. David is living proof that an individual armed with honesty, courage, and sheer tenacity can overcome enormous challenges and make their seemingly impossible dreams come true.”

“David McKinstry is without question the most optimistic, most determined, and most energetic crusader I have ever met. This book, like everything he attempts, is another proof of his enthusiasm for life, for justice, and for the common good.”

“The thing that I love most about David’s story is that even if he wasn’t gay, I would be hooked. His being gay only makes it better. And that’s the point. David doesn’t give into stereotypes about gay men. He isn’t defined by his sexuality. He didn’t believe the people who told him that gay men can’t be fathers. Instead, he proves that 'the dreams that you dare to dream really do come true.'" 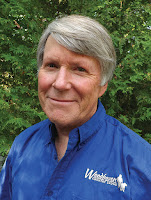 The first Canadian gay man to adopt children internationally, David McKinstry set a legal precedent in 1996 and a few years later with his second husband Michael, the first to co-adopt children. Encouraged by his adoptive parents, David has always been active in the community, supporting various charitable causes including Casey House, Sick Kids, Children’s Wish Foundation, and the Canadian Breast Cancer Society. Each November, David welcomes homeless women and children to his Woodhaven Country Lodge free of charge so they are able to experience the excitement and wonder of the holiday season.

David lives at Woodhaven near Peterborough, Ontario, with his loving husband Michael and his two adopted sons, Nicholas and Kolwyn.

Rebel Dad has been nominated by our staff as one of their favorite books.